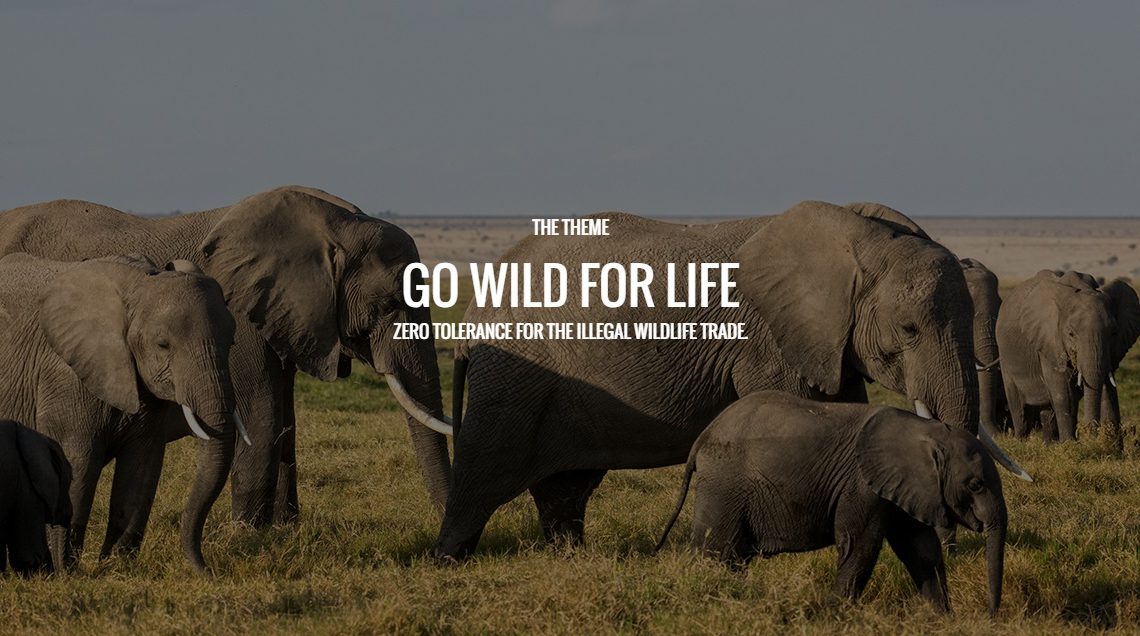 This year’s theme for WED – Go Wild for Life – encourages you to celebrate all those species under threat and take action of your own to help safeguard them for future generations. This can be about animals or plants that are threatened within your local area as well as at the national or global level – many local extinctions will eventually add up to a global extinction! Whoever you are, and wherever you live, show zero-tolerance for the illegal trade in wildlife in word and deed, and make a difference [Full Article].

Email from President Obama: “Our Responsibility to Act”

April 22, 2016 – Today is Earth Day — the last one I’ll celebrate as President. Looking back over the past seven years, I’m hopeful that the work we’ve done will allow my daughters and all of our children to inherit a cleaner, healthier, and safer planet. But I know there is still work to do.

April 20, 2016 – Some of the world’s most amazing animals are on the brink of extinction. You might have heard about the poaching crisis facing tigers and elephants, but did you know about pangolins? Or what’s happening to corals (yes, coral are animals)? [Source: Share America] »

FACT SHEET: What Climate Change Means for Your Health and Family

April 4, 2016 – Today, delivering on another commitment in the President’s Climate Action Plan, the Obama Administration released a new final report called The Impacts of Climate Change on Human Health in the United States: A Scientific Assessment, which significantly advances what we know about the impacts of climate change on public health, and the confidence with which we know it.  [Source: The White House] »

Oceans are under a tremendous stress from the combination of climate-related acidification, overfishing and pollution, mostly in the form of shopping bags, bottles, toys, food wrappers, fishing gear, cigarette filters, sunglasses, buckets, toilet seats and other trash. [Source: Share America] »

A Timeline of Environmental Treaties

This list of key environmental treaties shows how nations are working together, politically and scientifically, to safeguard our planet and respond to a global threat. The United States, whose pollution control laws serve as models for other nations, remains a leader in identifying, mitigating and remediating environmental hazards. [Source: IIP Digital] »

The U.S. Department of State is working through partnerships to achieve a water-secure world, one in which people have the water they need, when and where they need it, in a sustainable manner, while reducing the risk and impact of extreme water events like droughts and floods. These programs and partnerships seek to build political will and support national level planning processes; leverage expertise, knowledge, technology and resources; and promote water security. [Source: U.S. Department of State] »

Youth are leading the way to a sustainable future by creating innovative solutions to global problems. Read about some of their amazing accomplishments and ambitious plans for the future in this issue of eJournal USA. [Source: IIP Digital] »

Learn how governments, businesses and communities in Central America, East Asia, the Middle East, Southeast Asia and the United States are partnering to leverage their resources to combat climate change. [Source: IIP Digital] »

Climate Change Partnerships leverage the complementary skills and talents of diverse partners and likely will be among the required responses to global climate change. [Source: IIP Digital] »

Rachel Carson was a quiet woman who stirred extraordinary controversy that persists decades after her death. Her 1962 book Silent Spring brought worldwide attention to the harm to human health and the environment wrought by mishandling of a powerful pesticide, fomenting the environmental movement. [Source: IIP Digital] »