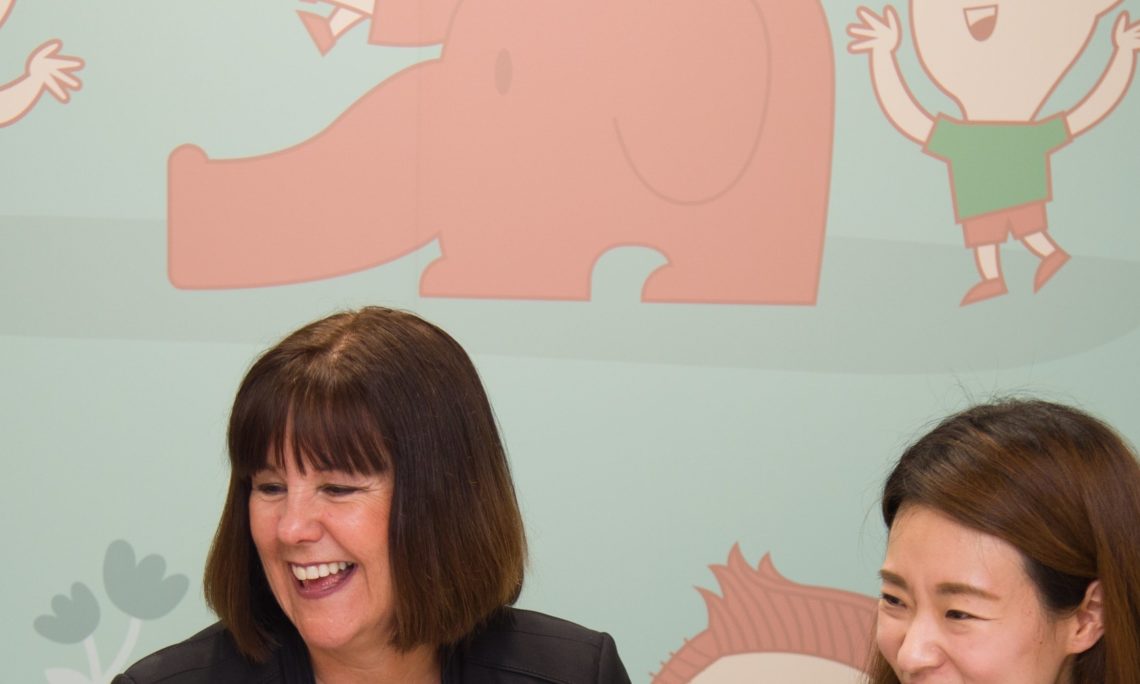 Art can be therapeutic. Karen Pence, wife of the U.S. vice president, is championing that message as she travels with her husband to South Korea, Japan, Indonesia and Australia April 15–25.

Art therapy uses painting, drawing or other artwork to help people suffering trauma or sickness who cannot find the words to express their anxiety, pain or emotions.

“One thing I can bring to this as second lady is making people aware of what art therapy is and how it works,” she recently told the Associated Press. (The vice president’s wife is sometimes called the second lady, following the tradition of calling the president’s wife the first lady.)

During her stop in South Korea April 16, Pence observed an art therapy program at Yonsei Severance Hospital and participated in a discussion with the therapists.

Pence plans to likewise focus on art therapy when she is in Tokyo; Jakarta, Indonesia; and Sydney April 18–22, participating in roundtable discussions. Pence will conclude her trip with an April 24 visit to Honolulu.

This is not the first time Pence has highlighted this cause overseas. She attended art therapy programs while accompanying her husband to Munich in February, and she visited similar programs in Japan, Germany, Israel and Canada when her husband was the governor of Indiana from 2013 to 2017.

Since 2011, Pence has served on the board of Tracy’s Kids, a program that uses art therapy to help children with cancer cope with their illness and treatment.

Both art and working with children come naturally to Pence. She holds a master’s degree in education and was an elementary teacher for 25 years. She’s also an artist and paints watercolors of homes and historical buildings.