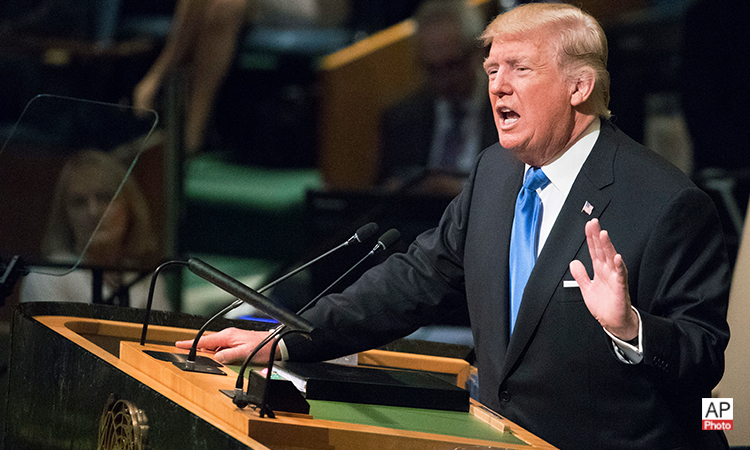 PRESIDENT TRUMP:  Mr. Secretary General, Mr. President, world leaders, and distinguished delegates:  Welcome to New York.  It is a profound honor to stand here in my home city, as a representative of the American people, to address the people of the world.

No one has shown more contempt for other nations and for the wellbeing of their own people than the depraved regime in North Korea.  It is responsible for the starvation deaths of millions of North Koreans, and for the imprisonment, torture, killing, and oppression of countless more.

We were all witness to the regime’s deadly abuse when an innocent American college student, Otto Warmbier, was returned to America only to die a few days later.  We saw it in the assassination of the dictator’s brother using banned nerve agents in an international airport.  We know it kidnapped a sweet 13-year-old Japanese girl from a beach in her own country to enslave her as a language tutor for North Korea’s spies.

If this is not twisted enough, now North Korea’s reckless pursuit of nuclear weapons and ballistic missiles threatens the entire world with unthinkable loss of human life. [Full Text]