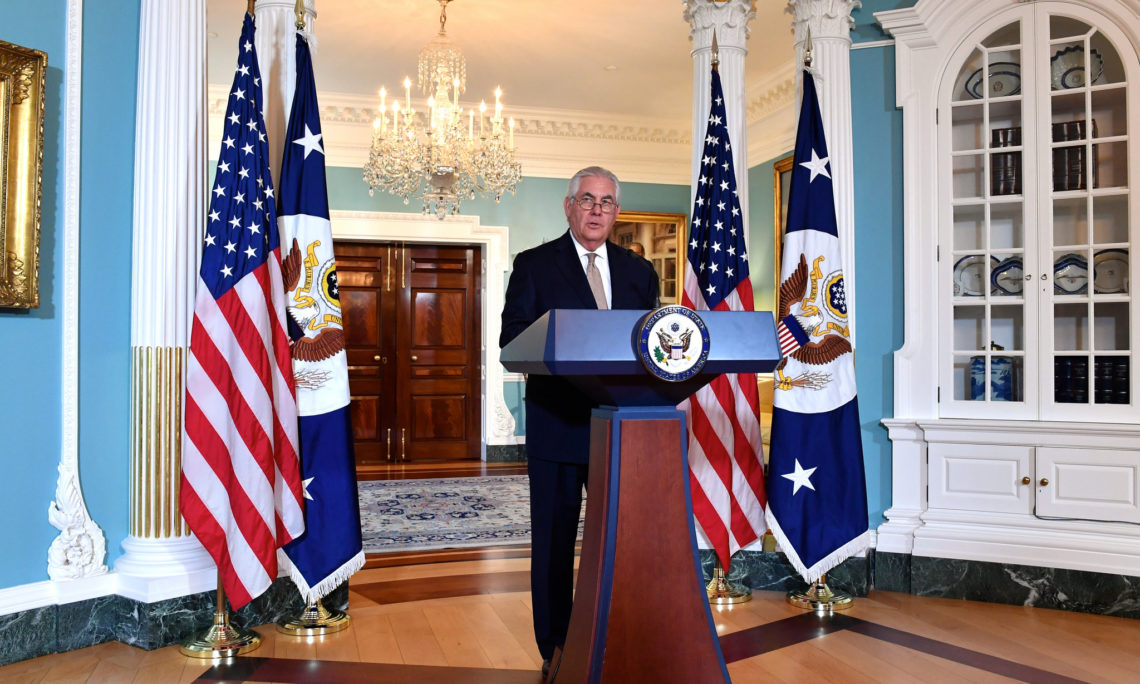 The United States strongly condemns North Korea’s launch of an intercontinental ballistic missile. Testing an ICBM represents a new escalation of the threat to the United States, our allies and partners, the region, and the world.

Global action is required to stop a global threat. Any country that hosts North Korean guest workers, provides any economic or military benefits, or fails to fully implement UN Security Council resolutions is aiding and abetting a dangerous regime. All nations should publicly demonstrate to North Korea that there are consequences to their pursuit of nuclear weapons. We intend to bring North Korea’s provocative action before the UN Security Council and enact stronger measures to hold the DPRK accountable.

The United States seeks only the peaceful denuclearization of the Korean Peninsula and the end of threatening actions by North Korea. As we, along with others, have made clear, we will never accept a nuclear-armed North Korea.

The President and his national security team are continuing to assess the situation in close coordination with our allies and partners.