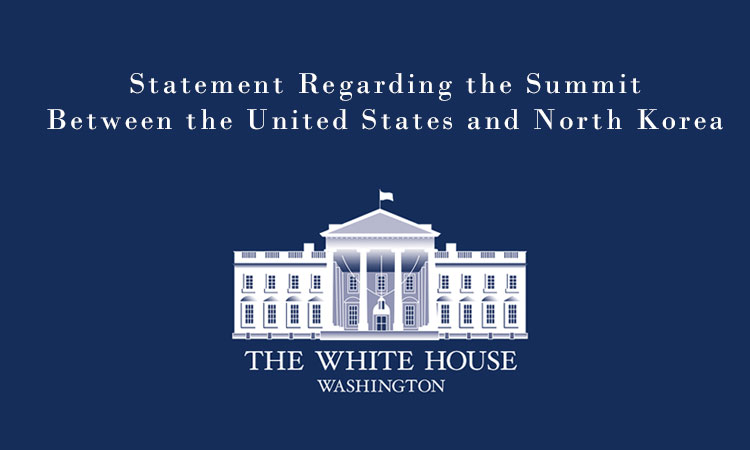 The discussions between the United States and North Korea are ongoing and have moved more quickly than expected.

President Donald J. Trump will meet with North Korean leader Kim Jong Un tomorrow morning at 9:00 a.m. Following the initial greeting, President Trump and Chairman Kim will participate in a one-on-one meeting, with translators only, an expanded bilateral meeting, and a working lunch.

At the conclusion of the summit, President Trump will participate in a media availability before departing tomorrow at approximately 8 p.m. for the United States.