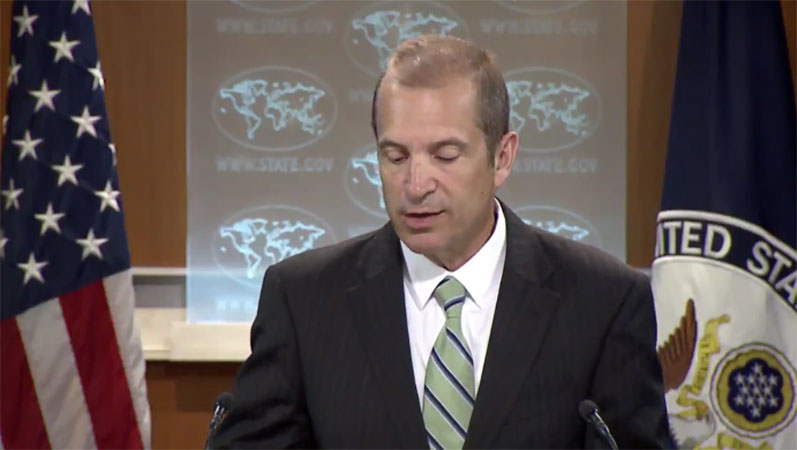 This week… has been very focused on North Korea’s continued provocative behavior in the region and the concerns over its nuclear program, but I also want to acknowledge another North Korea focus to this week, which is North Korea Freedom Week.

For more than 60 years, the North Korean regime has reigned with tyranny, and its human rights record is, quite frankly, among the worst in the world. The North Korean regime denies nearly all the universal freedoms, including freedom of speech, press, religion, freedom of assembly and association, and systematically commits violations that include summary executions, torture, arbitrary detention, rape and sexual violence, forced abortions, and forced infanticide.

We remain gravely concerned and deeply troubled that the North Korean regime under Kim Jung-un prioritizes the advancements of its missiles and nuclear program at the expense of the well-being of its people.

And so to commemorate this day, the United States reaffirms our commitment to the North Korean people. We’re going to continue to press for accountability for those responsible for the ongoing gross human rights violations that have taken place there, and we’re also going to continue our efforts to increase the flow of independent information into, out of, and within this isolated state.