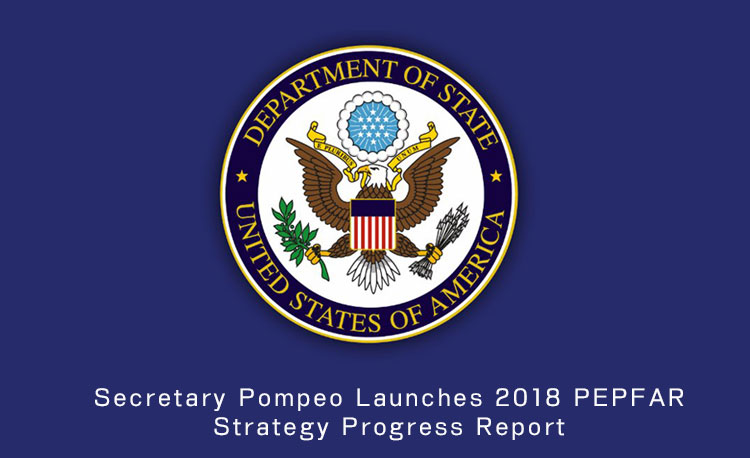 Today, on the margins of the 73rd Session of the United Nations General Assembly, Secretary of State Michael R. Pompeo released the 2018 Progress Report on the U.S. President’s Emergency Plan for AIDS Relief (PEPFAR) Strategy for Accelerating HIV/AIDS Epidemic Control (2017-2020).

One year ago, the Trump Administration launched the PEPFAR Strategy at the 2017 United Nations General Assembly. The 2018 PEPFAR Strategy Progress Report shows the significant strides that have been taken in the first year of the Strategy’s implementation.

The Progress Report demonstrates that, through the support of the United States government and our collaboration with partners around the globe, up to 13 high-HIV-burden countries are on pace to control their HIV/AIDS epidemic by 2020. The Progress Report also details that many more of the 53 countries supported by PEPFAR could achieve epidemic control by 2020 if they accelerate their efforts and focus resources and policies to ensure access to HIV prevention and treatment services for those most in need.

The United States remains the largest donor to the global HIV/AIDS response, support which is made possible through the goodwill, compassion, and generosity of the American people.

Today’s announcement demonstrates the remarkable impact of these investments over the past 15 years. To date, PEPFAR has saved the lives of more than 16 million men, women, and children living with HIV, prevented millions of new HIV infections, and made the world a more secure place, better able to respond to the global health threats of today and tomorrow.