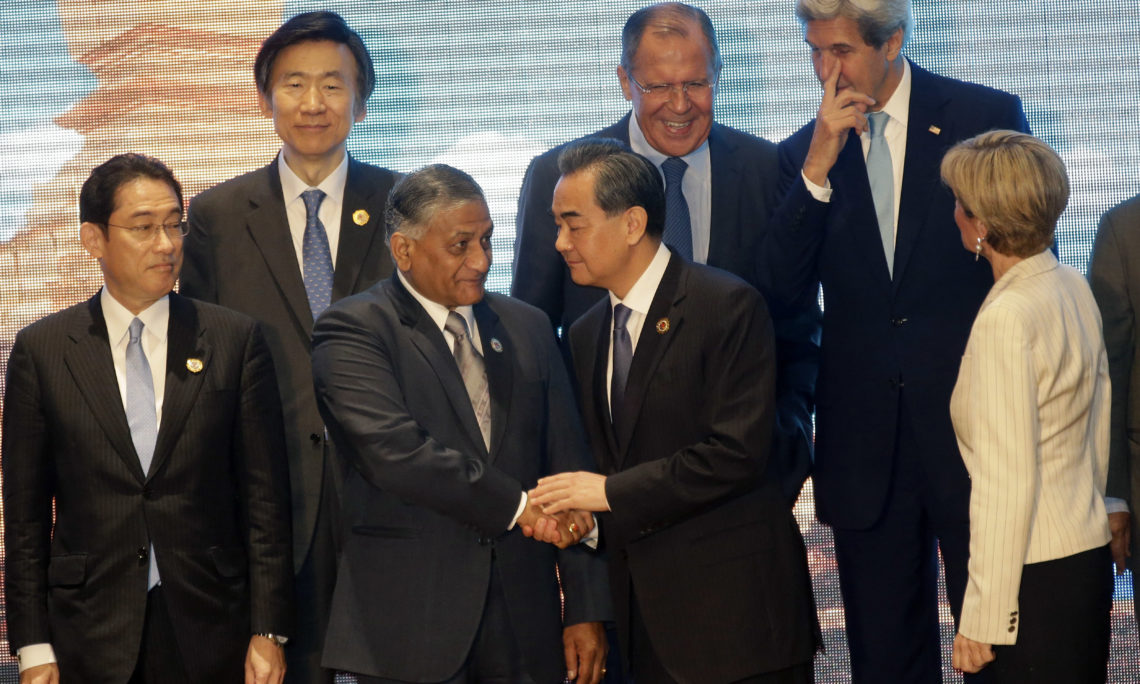 SECRETARY KERRY: Let me just say to my press what a pleasure it is to see Minister Yun Byung-se. The Republic of Korea and the United States obviously have very, very key issues right now, particularly the challenge of the D.P.R.K. and its irresponsible nuclear activities and its weaponization and its challenges to the stability of the region. [full text]