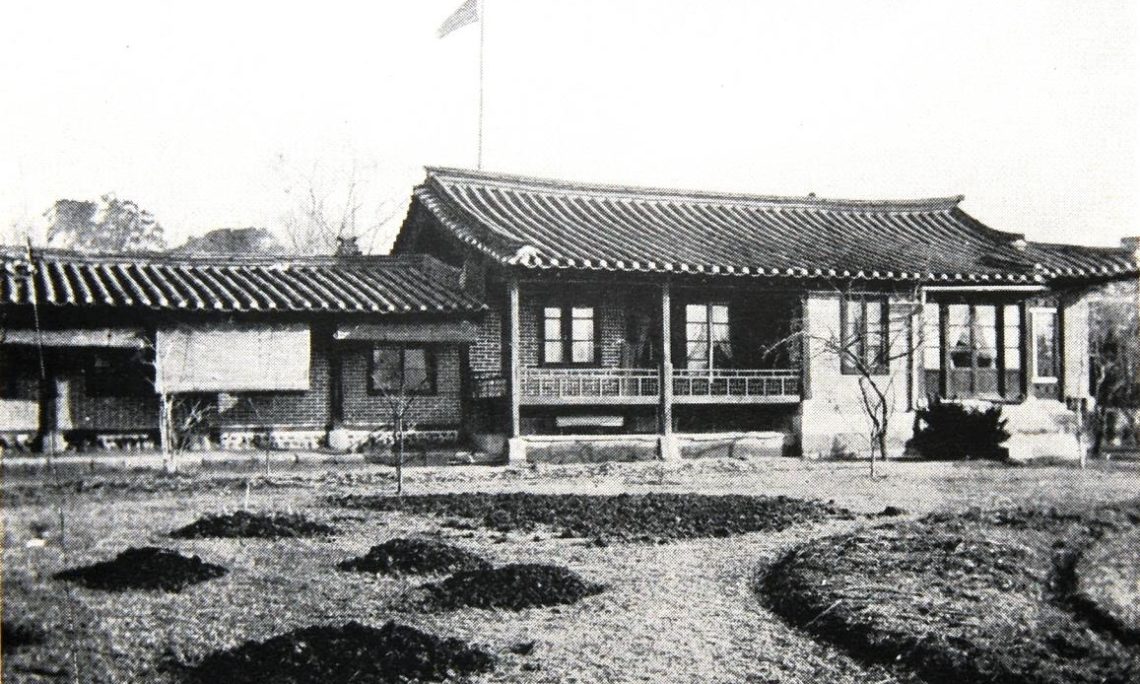 The United States and Korea’s Joseon Dynasty established diplomatic relations under the 1882 Treaty of Peace, Amity, Commerce, and Navigation, and the first U.S. diplomatic envoy arrived in Korea in 1883. Lucius Hardwood Foote served as the first U.S. envoy, and purchased the grounds where the Chief of Mission residence currently stands. In 1884, Dr. Horace Newton Allen established Korea’s first western-style medical institution that would eventually become Severance Hospital. Horace Grant Underwood arrived in Korea in 1885 and served as President of the Joseon Christian College, the predecessor to Yonsei University. U.S.-Korea relations continued until 1905, when Japan assumed direction over Korean foreign affairs. In 1910, Japan began a 35-year period of colonial rule over Korea. Following Japan’s surrender in 1945, at the end of World War II, the Korean Peninsula was divided at the 38th parallel into two occupation zones, with the United States in the South and the Soviet Union in the North. Initial hopes for a unified, independent Korea were not realized, and in 1948 two separate nations were established — the Republic of Korea (ROK) in the South, and the Democratic People’s Republic of Korea (DPRK) in the North. In 1949, the United States established diplomatic relations with the Republic of Korea.

On June 25, 1950, North Korean forces invaded the ROK. Led by the United States, a United Nations coalition of 16 countries undertook its defense. Following China’s entry into the war on behalf of North Korea later that year, a stalemate ensued for the final two years of the conflict until an armistice was concluded on July 27, 1953. A peace treaty has never been signed. In 1953, at the conclusion of the Korean War, the United States and the Republic of Korea signed a Mutual Defense Treaty, the foundation of a comprehensive alliance that endures today.

In the decades after the war, the ROK experienced political turmoil under autocratic leadership, but developed a vocal civil society that led to strong protests against authoritarian rule. Pro-democracy activities intensified in the 1980s and the ROK began the transition to what is now a vibrant, democratic system. U.S.-ROK ties are based on common values of democracy, human rights, and the rule of law.

The United States and the ROK share a long history of cooperation based on mutual trust, shared values of democracy, human rights, and the rule of law, common strategic interests, and an enduring friendship. The two countries work together to combat regional and global threats and to strengthen their economies. The United States has maintained Army, Air Force, Navy, and Marine personnel in the ROK in support of its commitment under the U.S.-ROK Mutual Defense Treaty to help the ROK defend itself against external aggression. In 2020, the two countries commemorated the 67th anniversary of the U.S.-ROK Alliance and the 70th anniversary of the outbreak of the Korean War. A Combined Forces Command coordinates operations between U.S. Forces Korea and ROK armed forces. The United States and the ROK continue to coordinate closely on respective engagements with the DPRK, the implementation of sanctions, and inter-Korean cooperation. As the ROK’s economy has developed (it joined the OECD in 1996), trade and investment ties have become an increasingly important aspect of the U.S.-ROK relationship, including through implementation of the amended Korea-U.S. Free Trade Agreement (KORUS FTA).

In recent years, the U.S.-ROK Alliance has expanded into a deep, comprehensive global partnership, and the ROK’s role as a regional and global leader continues to grow, as evident most recently as a successful model for other countries around the world on COVID-19 response. In the early months of the pandemic, the United States and the ROK collaborated to establish robust travel screening measures to preserve air linkages. The ROK has donated essential medical supplies to the United States, including 2.5 million protective masks, and facilitated the purchase of 750,000 COVID-19 tests. U.S. and ROK experts and policymakers regularly share best practices on fighting COVID-19. In 2019 the ROK committed maritime assets in the Strait of Hormuz and committed to share information with the International Maritime Security Construct. The ROK is a major donor and leader in development efforts, including health security, women’s empowerment, and humanitarian assistance. The U.S. and the ROK hold an annual Senior Economic Dialogue, where policymakers from both sides coordinate on economic issues and advance regional economic cooperation under the U.S. Indo-Pacific Strategy and the ROK’s New Southern Policy.

The emergence of the ROK as a global leader has led to an increasingly dynamic U.S.-ROK. Alliance focused on future-oriented partnership opportunities including space, energy, health, climate change, and cyber. The United States and ROK renewed in 2015 the Civil Nuclear “123” Agreement and maintain a High-Level Bilateral Commission to address civil nuclear issues of mutual interest. Our two countries signed in 2016 a Civil Space Framework Agreement to increase cooperation in civil space exploration and we hold biennial cabinet-level Joint Committee Meetings on science and technology. The comprehensive U.S.-ROK Science and Technology Agreement (STA) has facilitated mutually beneficial scientific cooperation. The ROK is an active partner on efforts to combat illegal, unregulated, and unreported fishing, and has established a World Fisheries University.

People-to-people ties between the United States and the ROK are a central pillar of our multifaceted relationship. The ROK is third in absolute terms (and first per capita) as a source of international students attending U.S. colleges and universities. Educational exchanges include a vibrant Fulbright exchange program as well as the Work, English Study, and Travel (WEST) program that gives a diverse group of Korean students the opportunity to learn more about the United States.

Underscoring the strength of the U.S.-ROK Alliance, President Moon’s first overseas trip after his May 2017 inauguration was to the United States in June 2017. In November 2017, President Trump became the first U.S. president to make a state visit to the Republic of Korea in 25 years, although previous presidents Obama, Bush, and Clinton all made several non-state visits to the ROK during that period.

U.S. Assistance to the Republic of Korea