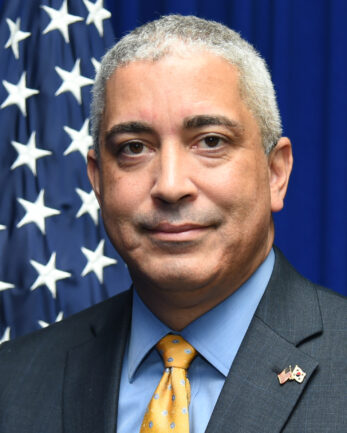 Christopher Del Corso is a career member of the U.S. Senior Foreign Service with the rank of Minister Counselor. He assumed his current position as Chargé d’Affaires ad interim at U.S. Mission Korea on July 16, 2021. Prior to this posting, Mr. Del Corso served in Washington, DC as the Executive Director for the Bureau of Western Hemisphere Affairs, and before that was the Minister Counselor for Management Affairs and acting Deputy Chief of Mission in Seoul.

Mr. Del Corso served as a Senior Advisor to the Deputy Secretary for Management and Resources. He also served as the Senior Management Officer in U.S. Embassy Kabul’s International Narcotics and Law Enforcement Office in 2014-2015, where he helped oversee over one billion dollars of U.S. foreign assistance to Afghanistan.

A native New Yorker, Mr. Del Corso holds a bachelor’s degree in Political Science from the University of Rochester and master’s degrees from State University of New York @ Albany, Thunderbird – American Graduate School of International Management, and the National War College. He is married to Ms. Caroline Chung, a Foreign Commercial Service Officer, and has two children.