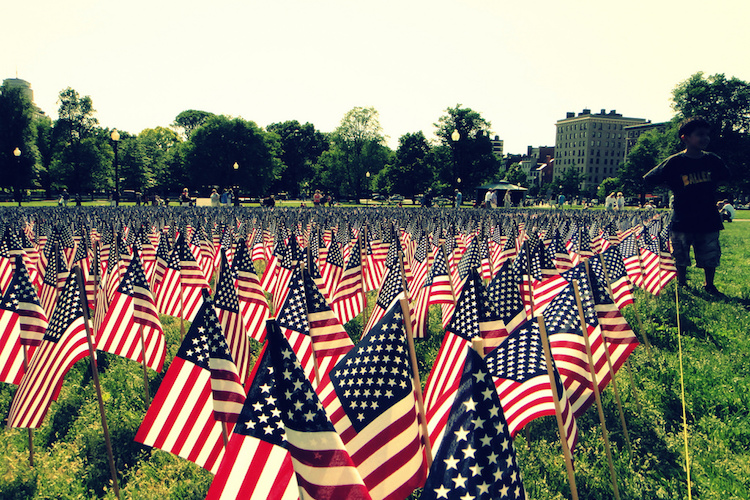 In 1971, along with other holidays, President Richard Nixon declared Memorial Day a federal holiday on the last Monday in May. Cities all around the United States hold their own ceremonies on the last Monday in May to pay respect to the men and women who have died in wars or in the service of their country. In many communities, special ceremonies are held in cemeteries or at monuments for the war dead by veterans of military services. Some hold parades and others hold memorial services or special programs in churches, schools or other public meeting places.

Memorial Day is not limited to honor only those Americans from the armed forces. It is also a day for personal remembrance. Families and individuals honor the memories of their loved ones who have died. Church services, visits to the cemetery, flowers on graves or even silent tribute mark the day with dignity and solemnity.

On Memorial Day, the President or Vice President of the United States gives a speech and lays a wreath on the tombs. Members of the armed forces shoot a rifle salute in the air. Veterans and families come to lay their own wreaths and say prayers. It is a day of reflection.

However, to many Americans the day also signals the beginning of summer with a three-day weekend to spend at the beach, in the mountains or at home relaxing.