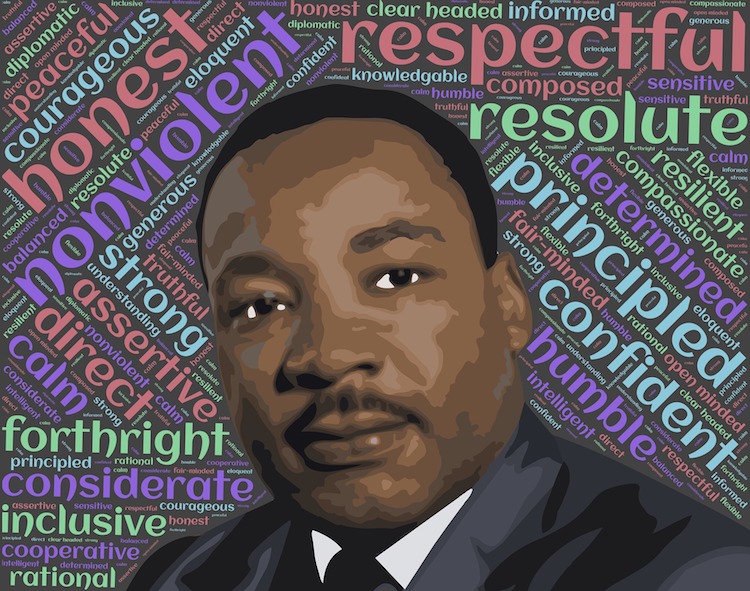 The Reverend Dr. Martin Luther King, Jr. was a black clergyman who is ranked among the greatest of black Americans because of his crusade to win full civil rights for his people. Preaching nonviolence, much in the same way as had Mahatma Gandhi of India, Martin Luther King, Jr. spoke and campaigned tirelessly to rid the United States of traditions and laws that forced on black Americans the status of second-class citizens. Among these laws were those in some states which required black people to take back seats in buses or which obstructed voting by blacks.

In the late 1950s and early 1960s, African Americans, led by Dr. Martin Luther King, Jr., used boycotts, marches, and other forms of nonviolent protest to demand equal treatment under the law and an end to racial prejudice. A high point of this civil rights movement came on August 28, 1963, when more than 200,000 people of all races gathered in front of the Lincoln Memorial in Washington, D.C., to hear King say: “I have a dream that one day on the red hills of Georgia the sons of former slaves and the sons of former slaveholders will be able to sit down together at the table of brotherhood….I have a dream that my four little children will one day live in a nation where they will not be judged by the color of their skin, but by the content of their character.”

The world was shocked when Dr. King was assassinated in 1968. Ever since, special memorial services have marked his birthday on January 15. By vote of Congress, the third Monday of every January, beginning in 1986, is now a federal holiday in Dr. King’s honor.