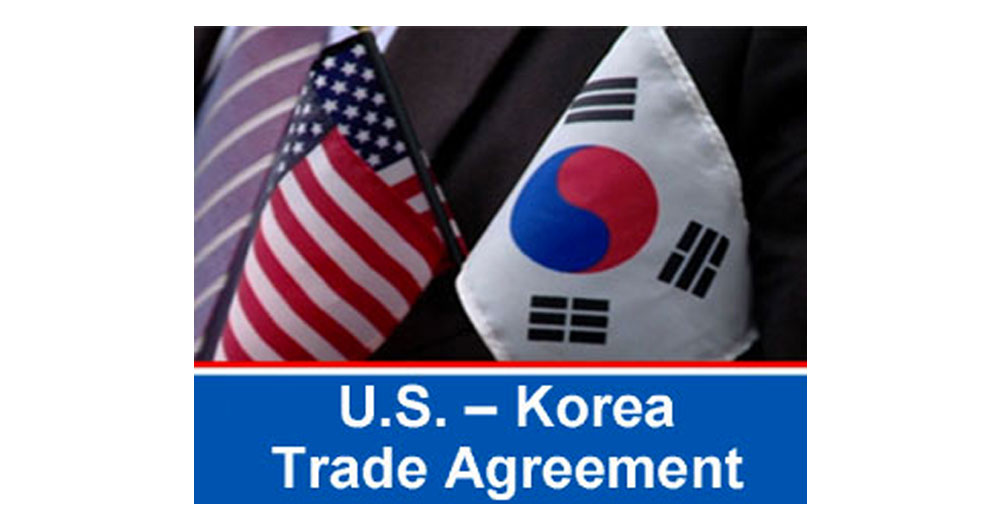 This week marks the fourth anniversary since the U.S.-Korea Free Trade Agreement (KORUS) entered into force and our bilateral trade and investment relationship is substantially larger and stronger than before the KORUS agreement.  Since KORUS entered into force in 2012, the United States and South Korea have carried out five rounds of tariff cuts and eliminations, creating significant new market access opportunities for businesses in both countries.  The agreement has also expanded opportunities for our growing bilateral services trade, strengthened intellectual property protection, and resulted in improvements in the regulatory environment such as increased transparency and greater opportunities for stakeholder input across a number of sectors including financial services, motor vehicles, pharmaceuticals and information technology.  Overall, U.S.-Korea goods and services trade has risen from $126 billion in 2011 to nearly $150 billion in 2015.

U.S. services exports to Korea have been particularly strong, up 34.5% to an estimated $22.4 billion in 2015 as compared to $16.7 billion in 2011.  This rate of growth is nearly three times the overall 13.1% growth of U.S. services exports to the world.    South Koreans continue to travel to the United States, as exports in U.S. travel services to South Korea increased $1.7 billion since 2011.

Likewise, South Korea has made recent large scale investments in the United States.  OCI Solar Power announced in June 2015 that it is building a 110-megawatt solar plant located in Pecos County, Texas, one of the largest solar plants in Texas, creating 800 long-term jobs.  Nature Republic, a Korean-based cosmetics company, opened its 11th U.S. store in Los Angeles in 2015, and is already present in Hawaii, New Jersey, and California.  Also in 2015, Lotte Chemical Corporation and Atlanta-based Axiall Corporation announced a combined $3 billion capital investment in two new chemical manufacturing plants in Lake Charles, Louisiana.  Hanwha Q CELLS, a top solar power maker with 1,400 U.S. employees, has already finished more than 110 megawatts of projects and announced in April 2015 that it is contracted to supply 1.5 gigawatts of solar supply modules to NextEra, a Florida-based electricity supplier.  Hanwha Azdel, a thermoplastic maker, has expanded its manufacturing facility in Lynchburg, Virginia, investing $21.3 million to add another production line.