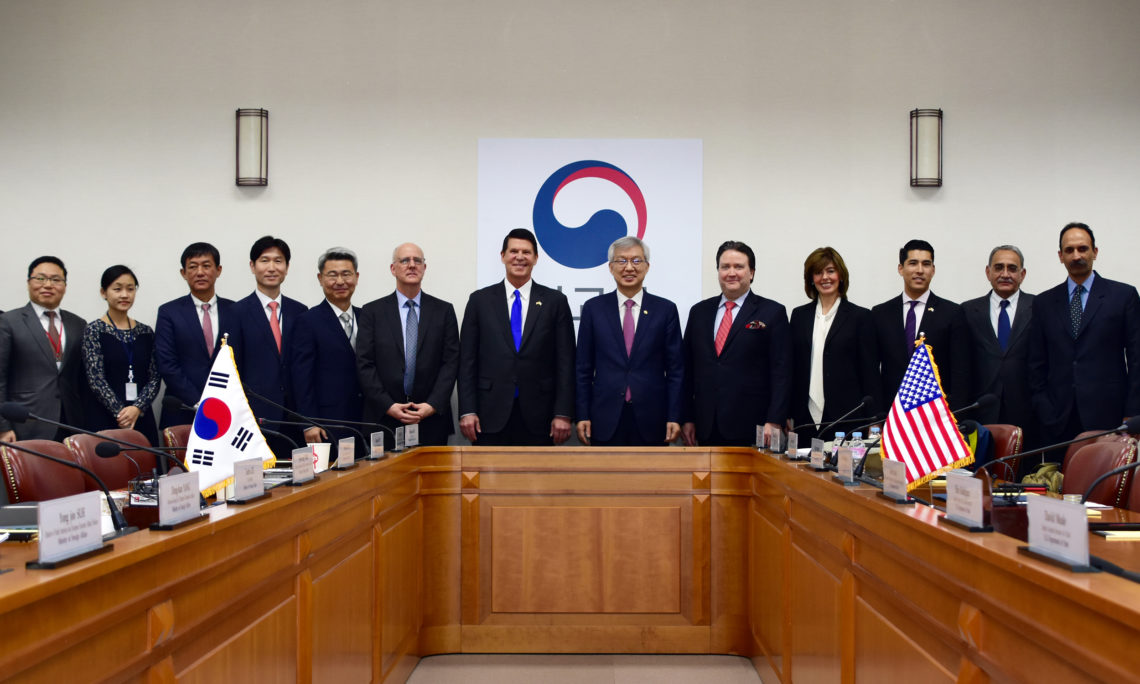 The text of the following statement was released by the Governments of the United States of America and the Republic of Korea.

The 4th Republic of Korea (ROK) – United States Senior Economic Dialogue (SED) was held in Seoul on November 6, with Vice Foreign Minister Lee Taeho and Under Secretary of State for Economic Growth, Energy, and the Environment Keith Krach leading their respective delegations. The 4th SED provided an opportunity to take stock of progress and explore avenues to further cooperation between the ROK and the United States, particularly in line with the New Southern Policy (NSP) of the ROK and the Indo-Pacific Strategy (IPS) of the United States.

In this vein, the ROK and the United States welcomed the Joint Fact Sheet adopted by the two countries at the East Asia Summit in 2019, held in Bangkok on November 4, which highlighted the two sides’ ongoing efforts under the SED. Both sides intend to continue their close coordination through the SED to further strengthen bilateral economic ties and enhance their partnership on regional and global issues.

Building on the strong foundation of existing bilateral economic ties, both sides shared a commitment to forge a broader strategic economic partnership that encompasses cooperation on development, infrastructure, science and technology, digital connectivity, energy, and smart cities.  To that end, both sides have put forward cooperative efforts under the NSP of the ROK and the IPS of the United States, in line with the principles of openness, inclusiveness, transparency, and respect for international law.

While noting their shared goal of bolstering economic cooperation in line with the NSP and the IPS, and appreciating the Senior Economic Dialogue as the highest economic platform to discuss bilateral, regional, and global cooperation, both sides committed to continue efforts to make progress in the aforementioned areas through the Senior Economic Dialogue.  The United States and the ROK intend to continue close coordination, including cooperation at the project level, by holding a working-level dialogue led by the Director General of the ROK MOFA and the Deputy Assistant Secretary of the U.S. State Department. The two sides look forward to scheduling the 5th Senior Economic Dialogue and the 4th Public-Private Economic Forum in Washington D.C. in 2020.