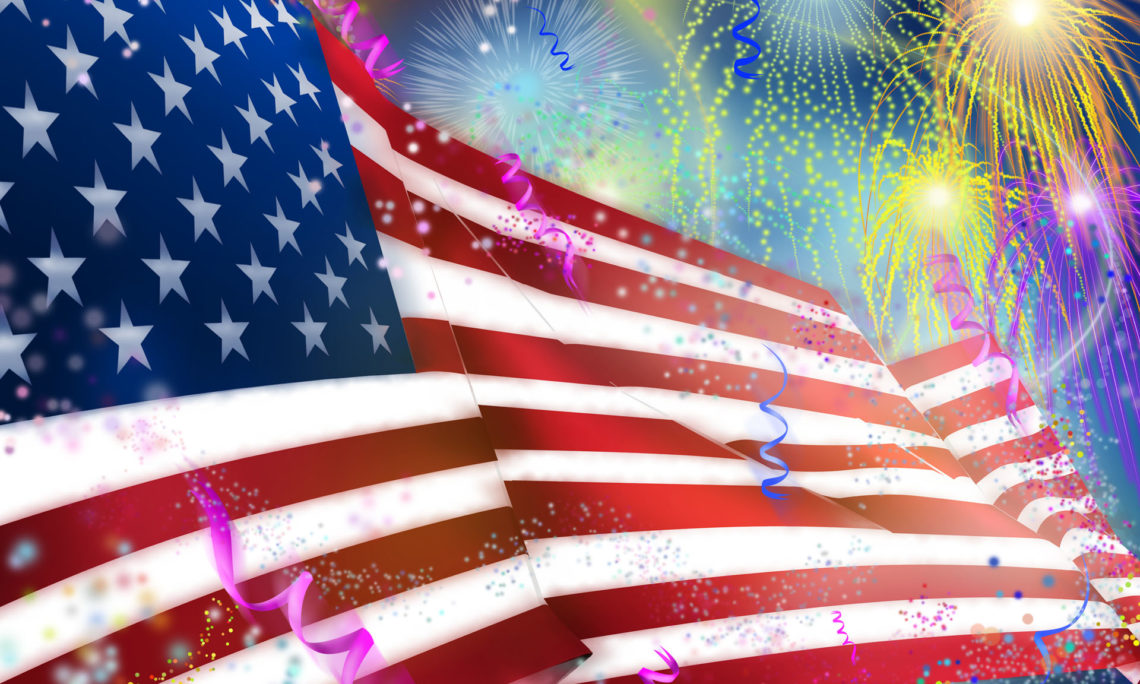 Independence Day, also commonly referred to as the Fourth of July, is the national day of the United States of America. It is a federal holiday commemorating the adoption of the Declaration of Independence on July 4, 1776.

On that date, the Continental Congress approved the Declaration, setting the 13 colonies on the road to becoming a sovereign, democratic nation. As always, this holiday will be marked with red, white and blue decorations, displays of the national flag, fireworks, parades, and backyard barbecues across the country, in addition to various other public and private events celebrating the history, government, and traditions of the United States.

Remarks by the President at Fourth of July Celebration [Source: The White House]

On Independence Day, We Remember that “Freedom is Not Free” [Source: The White House]

For the past seven years, President Obama and his family have celebrated the Fourth of July with members of the armed forces, veterans, and their families. This year, the United Service Organizations (USO) – a partner of the Joining Forces Initiative – is observing its 75th anniversary across 180 locations around the world, including the Middle East, Europe, Asia, the South Pacific, and of course at the White House.

The Fourth of July has been recognized as Independence Day in the United States ever since the country’s Founding Fathers signed the Declaration of Independence on July 4, 1776. To mark the occasion, Americans celebrate with parades, fireworks, concerts and other festive activities.

U.S. Citizenship: Once You’re In, You’re In [Source: Share America]

Nearly 9 million people hold a “green card” that lets them reside permanently in the U.S. Each and every one of them can become an American citizen. And President Obama is encouraging them to do so.

The relaunch of EJ|USA brings a fresh look and coverage of new topics to readers. This issue explores an America most people don’t find until their second, or even third, visits. Plus sections on Leisure, Communities, Peace & Security, Education, Arts, Science, Marketplace and a Last Word.

The founders of the United States knew that independence was something to celebrate. And although U.S. Independence Day celebrations have evolved over time, July 4th festivities remain an important part of American life.

The first title in the new “In Brief” series, this publication summarizes in a few thousand words the history of how the United States was founded and the forces and events that shaped the dynamic and varied country that it has become today.