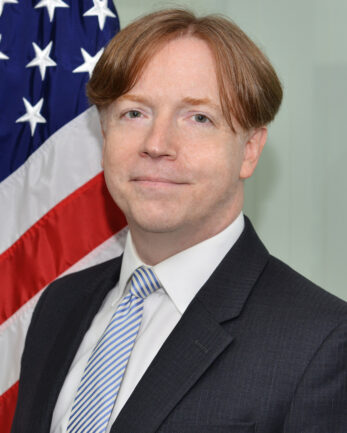 Gordon S. Church is the U.S. Consul in Busan. A career diplomat with service in Seoul (Unit Chief for Trade and Economic Policy, 2018-20), Indonesia (First Secretary, 2012-16), Germany (Second Secretary, 2007-09), and India (Vice Consul, 2004-06), he was awarded the U.S. Department of State’s Superior and Distinguished Honor awards and appointed a Tennessee Colonel by his home state governor. An honorably discharged U.S. Army officer, Church served as the Foreign Policy Advisor to the Commanding General for Surface Deployment and Distribution (SDDC) from 2010-2011. His decorations include the U.S. Army Commendation and Achievement medals as well as the Military Order of Saint Christopher. Church earned a bachelor’s degree in political science and a Masters in International Business with honors from the Moore School of Business.