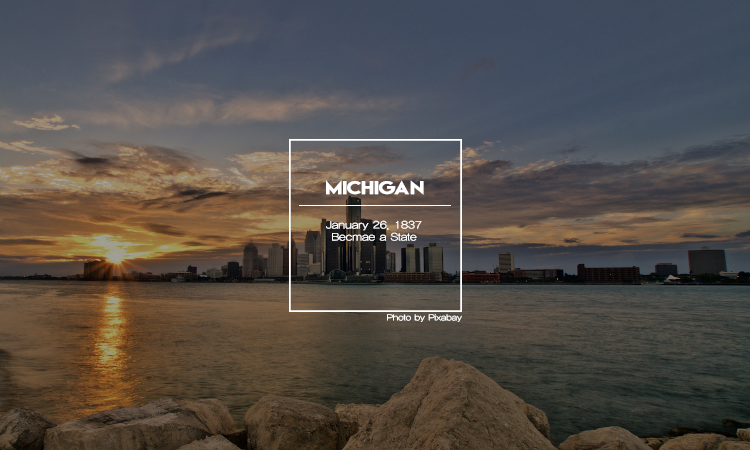 Say “Ojibwa” (O-‘jib-way) quickly and it might just sound a little like “Michigan.” Michigan derived its name from the Indian word “Ojibwa” which means “large lake.” Four of the five Great Lakes, the largest lakes in the United States, border Michigan. Even before Michigan became a state, large towns grew up along the edge of the lakes.

In 1835, the Michigan territory enacted its first constitution, but statehood was delayed until 1837. The reason for the delay was because the territory was involved in what was known as the Toledo War, a boundary dispute with Ohio. The dispute was settled when Michigan gave up its claim to the mouth of the Maumee River at Toledo, Ohio.

On January 26, 1837, President Andrew Jackson signed a bill making Michigan the nation’s 26th state. Additional land was given to Michigan, the part of the state known as the Upper Peninsula, making it the state with the most area bordering the shores of the Great Lakes.