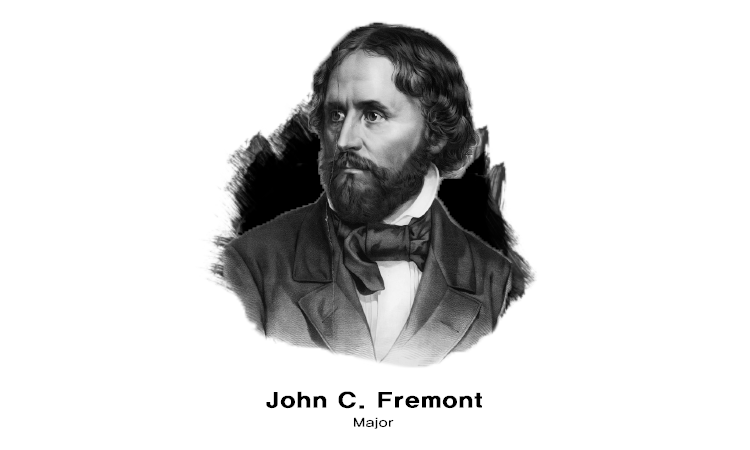 What happens when two governors are appointed for one territory? In Major John C. Fremont’s case, he was given a court-martial.

Major John C. Fremont, admired for his map-making expeditions to the West, was court-martialed on the grounds of mutiny and disobeying orders on January 31, 1848. Fremont was appointed governor of California in 1847 in recognition of his role in the Mexican war (1846-1848). California had recently been ceded to the United States by Mexico following that war.

General Stephen Kearny, however, was sent by the federal government to govern the state. Tension arose between Kearny and Fremont over who had governing authority. In August 1847, Kearny ordered Fremont arrested and charged with insubordination. Fremont was found guilty by a court-martial and subjected to penalties, including removal from the army. Although this decision was reversed by President James K. Polk, Fremont chose to resign his military commission.

In spite of this episode, Fremont remained popular with the American public. He and his wife, Jesse Benton Fremont, stayed in California. During the gold rush, Fremont became a multimillionaire. In 1850 he was elected as one of California’s first senators.

Fremont had established a reputation as an outspoken abolitionist, speaking out against slavery. The Republican Party nominated Fremont as its first presidential candidate in 1856 and wanted him to run again in 1864. He campaigned as the “Pathfinder” who would lead the country out of the shame of slavery. Although he never became president, Fremont did not give up his efforts to free the slaves.