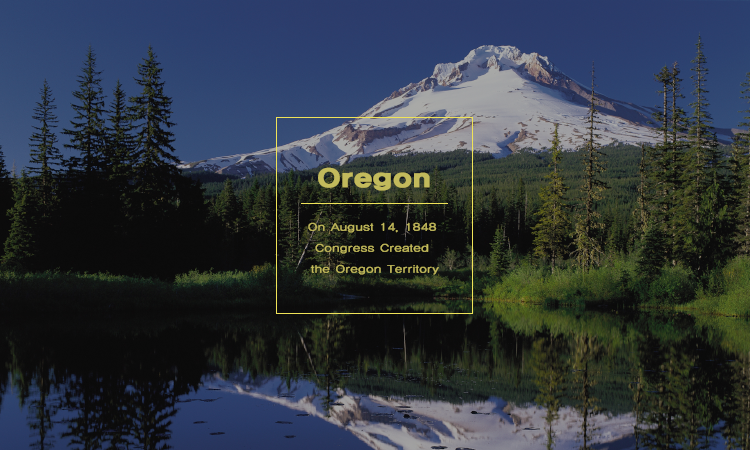 Have you ever been to the Pacific Northwest? On August 14, 1848, Congress created the Oregon Territory, an area that includes what is today Oregon, Idaho, Washington, and western Montana. The Oregon Territory quickly became a popular place for various groups of immigrants and settlers.
Settlers had been traveling west for years. In 1843, one Missouri lawyer named Peter Burnett decided to join an expedition for the Oregon Territory in the hopes that he would be able to make enough money to repay his debts back east. Some 40 years later, Burnett recalled, “I saw that a great American community would grow up, in the space of a few years, upon the shores of the distant Pacific; and I felt an ardent desire to aid in this most important enterprise.”

Starting in the 1830s, thousands of people from the Midwest traveled to the Pacific Northwest in covered wagons like the one you see in this picture. The first permanent settlement was established in the Willamette valley by a group of Methodists, led by Jason Lee. Covered wagons and wagon trains were regularly making their way along the Oregon Trail by the early 1840s. What do you think the early settlers found when they arrived at their destination?

Today’s state of Oregon is a land of great geographic diversity, ranging from rain forests, to mountains, to valleys, and deserts. The main industry in Oregon is timber since about one-half of the state is forested. The fishing industry is another big part of the state’s economy. Salmon fishing, traditional to Native Americans in the Pacific Northwest (particularly the Chinook) still remains an Oregon industry.