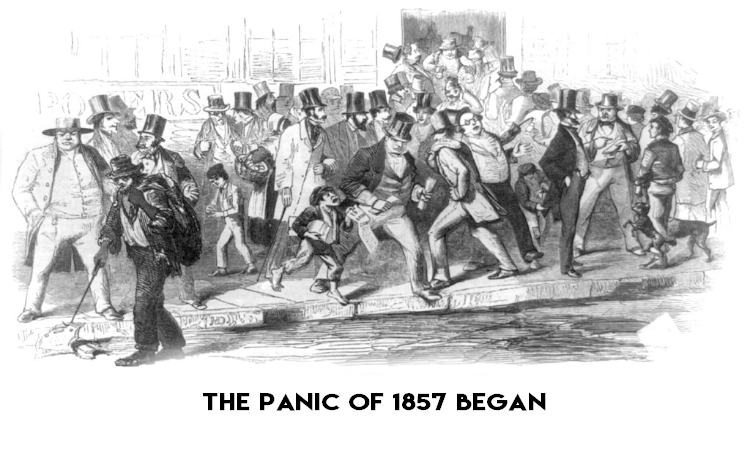 The Central America was a vessel carrying passengers and a huge shipment of gold from California. The year was 1857, and U.S. banks needed that gold to reach its destination safely.

The banks had invested in businesses that were failing, and this was causing the American people to panic. Investors were losing heavily in the stock market and railroads were unable to pay their debts. Land speculators who had counted on the construction of new railroad routes were losing money. People feared financial ruin. They ran to the banks to withdraw their money, but the banks did not deal in paper money. They used silver and gold.

Adding to the troubles of the banks, the sailing ship full of gold lost its battle with the hurricane and sank to the bottom of the ocean. With their failed investments, it was impossible for the banks to gather all the gold their customers demanded.

On August 24, 1857, the New York branch of the Ohio Life Insurance and Trust Company failed. Soon all across the nation, banks began to collapse. The Panic of 1857 led to a severe economic depression in the United States that lasted three years. Many people lost their jobs. Can you think of another time in American history when there was another financial panic?