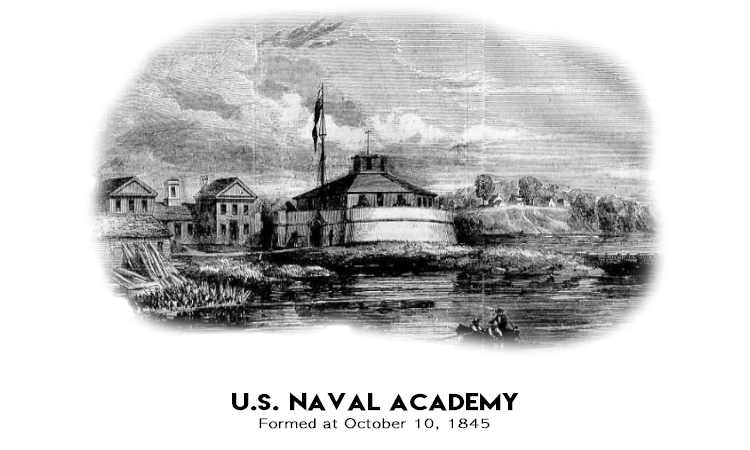 You probably know that there are four different branches of the U.S. military: the Army, Navy, Air Force, and Marines. On October 10, 1845, President James Polk formed a special school to train officers for the Navy, the U.S. Naval School in Annapolis, Maryland. Five years later, the school was renamed the U.S. Naval Academy.

The United States first organized its naval forces during the Revolutionary War. After the war, the Navy was disbanded, but less than 10 years later, President George Washington ordered that a fleet of ships be constructed to protect merchant vessels from–believe it or not–pirates on the high seas. Among the ships in that first Navy were the Constellation, the Constitution, and the United States.

When the Naval Academy first opened in 1845, some of the Navy’s old-timers weren’t sure that the school was really necessary. What can a sailor learn in school, they wondered? One senior officer, Admiral David Farragut, who had received his training “on shipboard,” before the Academy opened, remarked to a young graduate, “Now how the devil do you spell Apalachicola? Some of these educated young fellows from Annapolis must know!”