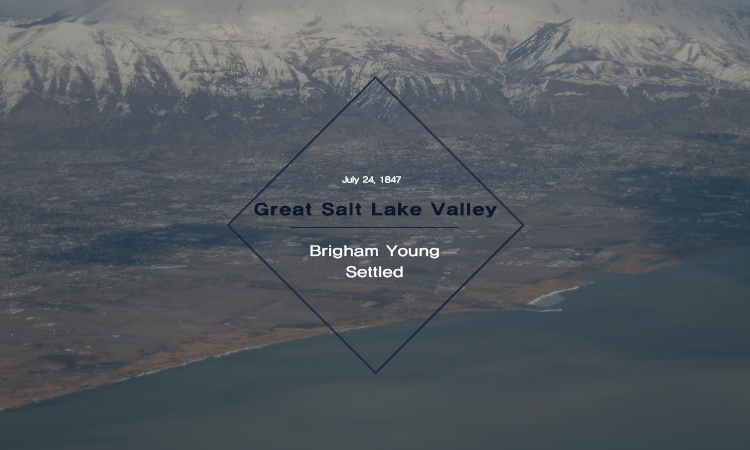 They had embarked on a treacherous thousand-mile journey, looking for a new place to settle the “Promised Land.” On July 24, 1847, an exhausted Brigham Young and his fellow members of the Church of Jesus Christ of Latter-Day Saints arrived in Utah’s Great Salt Lake Valley and called it home. The Mormons, as they were commonly known, had moved west to escape religious discrimination. After the murder of founder and prophet Joseph Smith, they knew they had to leave their old settlement in Illinois. Many Mormons died in the cold, harsh winter months as they made their way over the Rocky Mountains to Utah. When they reached the Salt Lake area, they saw it was remote and wild. So why did they settle there?

These pioneers wanted an isolated place after the violence they had experienced, so the Great Salt Lake Valley seemed ideal. They immediately planted potatoes and turnips, built a dam, and had a solemn ceremony to dedicate the area as their “Promised Land.” Then they sent word back to their fellow members describing the two-square-mile city they had settled. By the end of 1847, nearly 2,000 Mormons had moved to the Great Salt Lake Valley. The day they arrived in Utah is still celebrated today.

Every 24th of July, people in Utah and several other Western states celebrate Pioneer Day. People give speeches, ride in parades, participate in rodeos, and join with friends and family for a picnic. These activities honor the bravery, strength of character, and physical endurance of Brigham Young and other settlers like him. Have you ever celebrated Pioneer Day? Have you ever been to Salt Lake City and seen the Mormon Temple there? Ask your friends and family if they have.