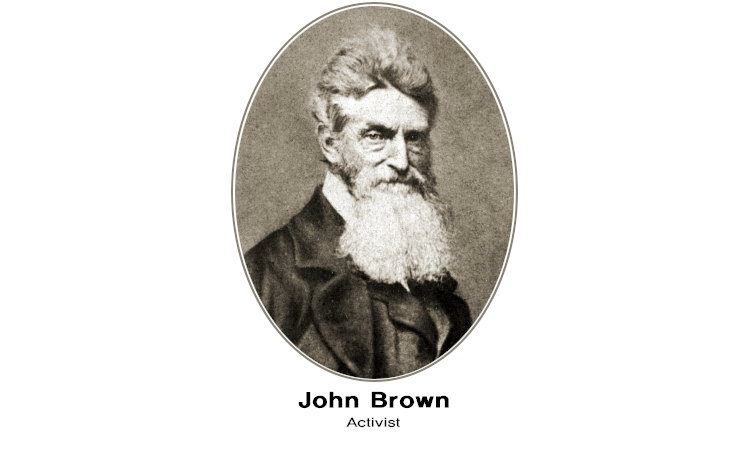 Late on the night of October 16, 1859, John Brown and 21 armed followers stole into the town of Harpers Ferry, Virginia (now part of West Virginia), as most of its residents slept. They took 60 prominent locals hostage and seized the town’s United States arsenal and its rifle works. Why? The men–among them three free blacks, one freed slave, and one fugitive slave–hoped to spark a rebellion of freed slaves and to lead an “army of emancipation.” They wanted to overturn the institution of slavery by force.

With the nighttime surprise, the raiders had the upper hand. But that didn’t last long. By the next evening, the conspirators were holed-up in an engine house. The next day Colonel Robert E. Lee’s troops stormed the building and Brown was caught. For his actions, he was quickly tried and convicted of murder, slave insurrection, and treason against the state and sentenced to death by hanging. He had lost two sons in the raid. But John Brown was willing to give everything, even his life, in the fight against slavery.

Brown said the slave-holding community was, by its nature, in a state of war; thus drastic actions were necessary and justified. While helping to liberate slaves over the previous 10 years, he had become more and more aggressive. The Harpers Ferry raid inflamed the emotions of parties on both sides of the conflict.