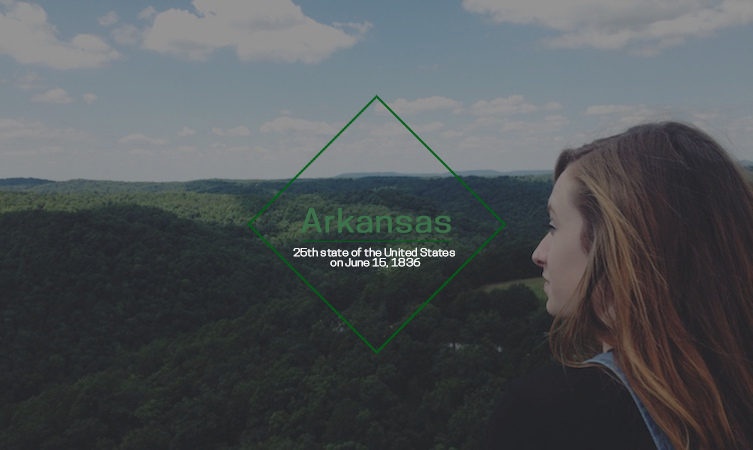 Arkansas became the 25th state of the United States on June 15, 1836. Native Americans, known as bluff dwellers, first lived in Arkansas. They had a thriving culture along the Mississippi and Arkansas rivers as far back as 500 A.D. In the 16th and 17th centuries, both the Spanish and the French explored the region. The United States acquired the land from France as part of the Louisiana Purchase in 1803. Its history since then is rich in achievement and controversy.

Arkansas, rich in cotton, was a slave-holding state. During the Civil War, it became a Confederate state. Many battles took place within its borders, such as the siege of Fayetteville. Years of racial segregation ended in Arkansas in 1957, when federal troops entered the capital city of Little Rock to maintain order after the state militia tried to stop the desegregation of a public high school there.

Today Arkansas has many thriving industries. Almost half the state is forest, with lovely lakes that are popular tourist destinations. Do you know which president comes from Arkansas?