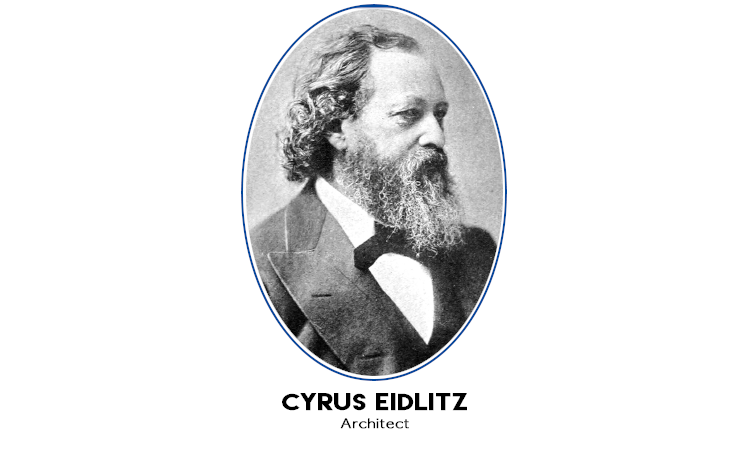 Have you ever watched the countdown to the New Year on television? If you have, you’ve seen huge, cheering crowds gathered in New York’s Times Square, and above the crowds is a building with a giant billboard of electric lights. That building is the Times Building, designed by architect Cyrus Eidlitz in 1904. Eidlitz was born on July 27, 1853, in New York, New York. His father, Prague-born Leopold Eidlitz, was also an architect. The elder Eidlitz led the American Gothic revival of the second half of the 19th Century, and formed the American Institute of Architects. His son followed closely in his footsteps.

The younger Eidlitz designed numerous public buildings, including Chicago’s Dearborn Station and the Buffalo Public Library. However, the New York Times Building, a steel-framed skyscraper with decorative lines and Gothic details, is probably his most famous work. It filled a triangle at the base of Longacre Square, later renamed Times Square for the building and its owner, The New York Times newspaper. When it opened, it was the second tallest building in Manhattan and soon became the backdrop for a lively theater district.

Within ten years, the newspaper outgrew the building and moved on, but Eidlitz’s famous monument still stands, flashing news and announcements on its giant billboard of lights. It’s the focal point of Times Square and has become associated all over the world with that familiar countdown each year: three…two…one…Happy New Year!