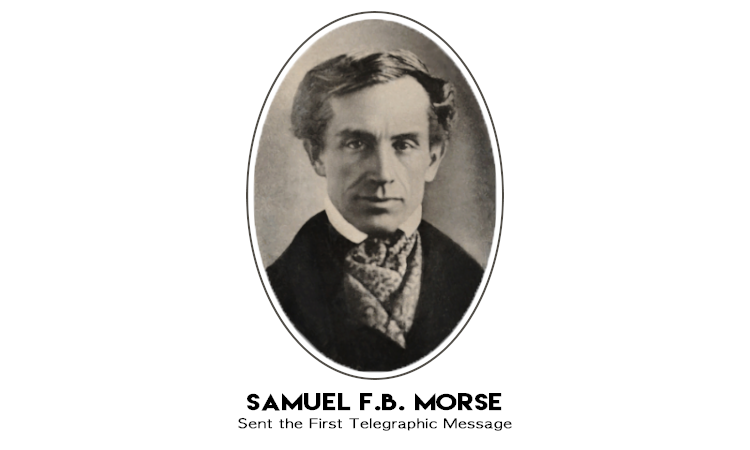 What was the first telegraph message? Sent by inventor Samuel F.B. Morse on May 24, 1844, over an experimental line from Washington, D.C., to Baltimore, the message said: “What hath God wrought?” Taken from the Bible, Numbers 23:23, and recorded on a paper tape, the phrase had been suggested to Morse by Annie Ellworth, the young daughter of a friend. The success of the experiment would change forever the national communication system. But Morse wasn’t just interested in the telegraph.

Morse was also well respected for his paintings of people, like the self-portrait on the previous screen and this one of Mrs. David C. De Forest. He painted his subjects with honesty and insight. It was while returning from Europe to take his position as an arts professor at New York University that Morse came up with the idea of a communications system using the electro-magnet and a series of relays through a network of telegraph stations. In order to transmit messages in this system, he invented Morse Code, an alphabet of electronic dots and dashes.. The system made communication across the country faster than ever before.