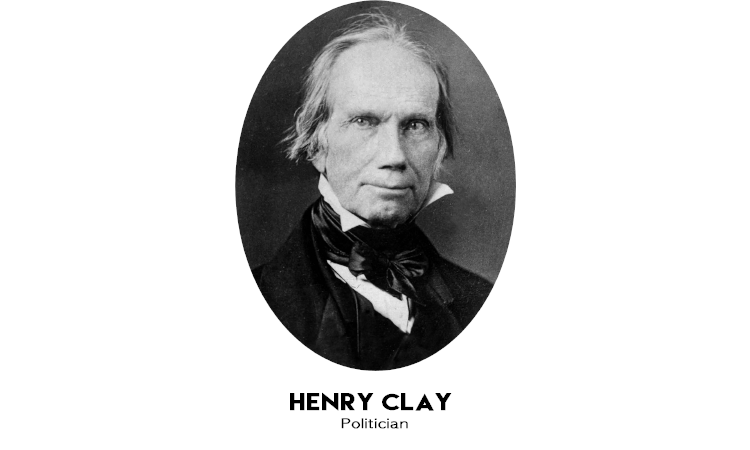 Think about a disagreement you have had with a friend. How did it turn out? Did one of you win, or were you both able to talk about what you wanted and come to a compromise? Before he died on June 29, 1852, Henry Clay was famous for getting people, and even entire states, to compromise.

Clay was born on a farm in Virginia in 1777. He became a U.S. representative, a senator, and the Secretary of State during the early 1800s, when tensions between the North and South threatened to split the Union. Can you think of what he did to earn the title “the Great Compromiser?”

Henry Clay became known as “the Great Compromiser” when he used his skills as a negotiator to maintain a balance between the free and the slave states. Clay helped to draft three pieces of legislation that postponed the Civil War, including “The Missouri Compromise” and “The Compromise of 1850.”

Clay worked to keep the Union together even when it hurt his own career. He might have become president in 1844 if he had not opposed Texas’s entry into the Union. Why didn’t Clay want Texas to join the Union?

Had Texas (a slave-holding state) been allowed into the Union, it would have upset the balance of slave-holding and free states. (Texas was eventually admitted into the Union in late 1845.) In his famous speech on February 6, 1850, Clay argued for the preservation of the Union. Clay prayed, “I implore, as the best blessing which Heaven can bestow upon me upon earth, that if the direful and sad event of the dissolution of the Union shall happen, I may not survive to behold the sad and heart-rending spectacle.” His prayer was granted when he died in 1852, nine years before the start of the Civil War. Even though he could not prevent the war, do you think Henry Clay still deserves his reputation as a great compromiser?