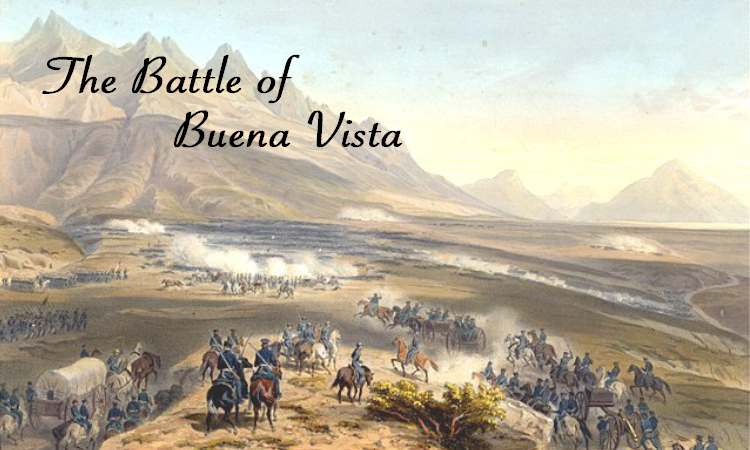 The Battle of Buena Vista

The Battle of Buena Vista was fought near Monterrey in northern Mexico. The American war with Mexico was not for independence or for political reasons but to obtain more land. General Taylor was just the man to fight that sort of war.

Samuel McNeil, an Ohio shoemaker, wrote of General Taylor’s bravery on the battlefield, “I must mention one circumstance that happened there, which shows the extraordinary coolness of Gen. Z. Taylor in battle. He saw a small cannon ball coming directly towards his person. Instead of spurring [his horse] ‘Old Whitey’ out of its way, he coolly rose in his very short stirrups and permitted the ball to pass between his person and the saddle.”

General Taylor did not pursue General Santa Anna after the Battle of Buena Vista, but General Winfield Scott of the American Army caught up with the Mexican general a few months later.

General Scott invaded Mexico from the sea. At the Battle of Cerro Gordo, he defeated the Mexican army, but, once again, General Santa Anna escaped capture. Despite strong resistance, Scott pressed forward and captured the Mexican capital in September. On February 2, 1848, the Treaty of Guadalupe Hidalgo was signed in Mexico City, ending the war. Five years later, the Gadsden Purchase set the current boundary between the U.S. and Mexico.

Taylor’s victories in the war contributed greatly to his election as president in 1848. Scott also ran for president but was defeated in 1852 by another veteran of the Mexican-American War, Franklin Pierce.