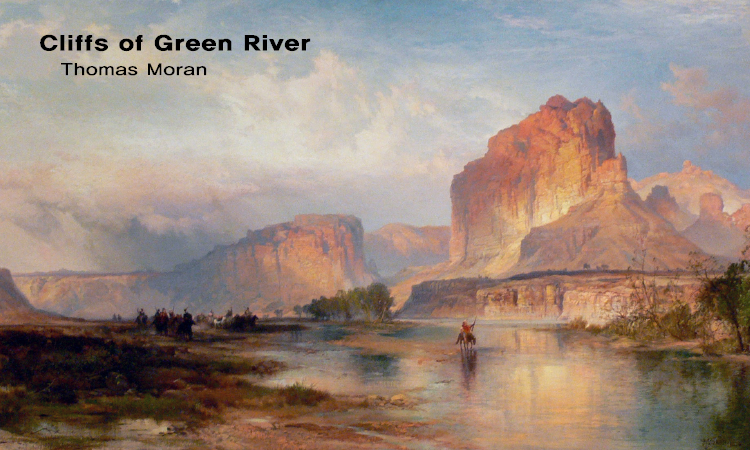 Can a painting have an impact on society? Thomas Moran’s paintings of Western landscapes inspired Americans to save their wilderness areas as national parks. Moran was born in 1837 on February 12. In the summer of 1871, Moran and photographer William Henry Jackson joined the U.S. Geological Survey of the Territories. Their job on this scientific expedition was to sketch and photograph lands along the Yellowstone River in northwestern Wyoming and southeastern Montana. Moran took detailed notes and made numerous sketches of the beautiful evergreen mountain peaks and waterfalls, but he also drew pictures of some sights even stranger than the one depicted in this painting.

Jackson’s photographs and Moran’s sketches of the Western landscape, including the bubbling sulphur fields, colorful hot springs, and shooting geysers, were brought back to Washington, D.C. The images helped convince Congress to set aside the Yellowstone area as a national park. Legislation establishing the park took effect March 1, 1872. The members of Congress were so impressed with Moran’s art that they purchased two of his panoramic landscapes to hang in the U.S. Capitol. How do his works make you feel?