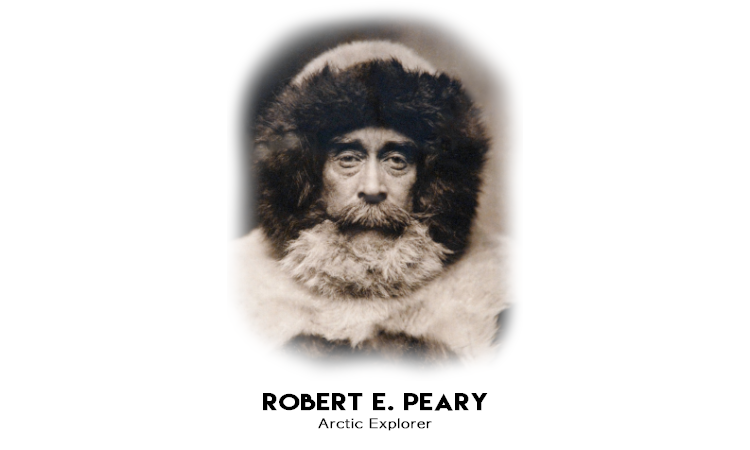 Even as a boy, Robert E. Peary, born on May 6, 1856, dreamed of exploring the “roof of the world,” the frozen Arctic north. They had no parkas or space-age fabrics and no cell phones or advanced navigational devices, but Robert E. Peary and his assistant, Matt Henson, set out to reach the North Pole for the first time in 1905. No one had been there before. Indeed, it took Peary years to put the expedition together.

An engineer, Peary was sent on his first job to the warm tropics rather than the icy northland. In Nicaragua, in Central America, he brought along his African-American assistant, Matthew Henson who became such a trusted companion that the two men traveled together on all of Peary’s expeditions. Together, they took steps toward their northernmost goal.