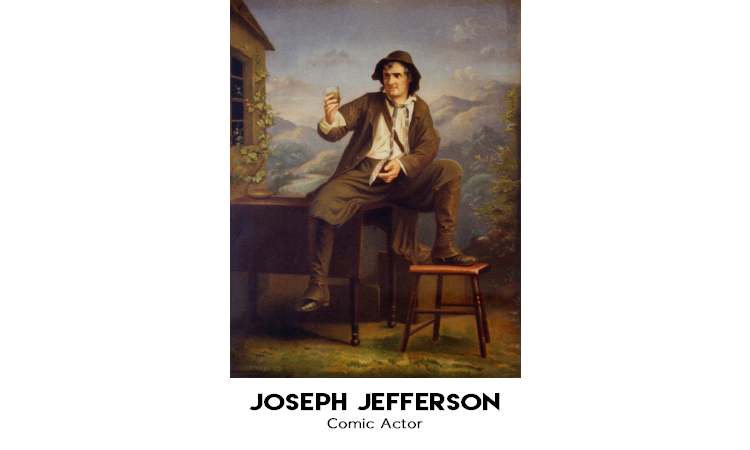 Joseph Jefferson was destined to become an actor. Born into a family of actors on February 20, 1829, he was the third actor in his family to be named Joseph Jefferson, but, unlike his namesakes, the youngest Joseph became a star. At the age of three he made his stage debut. The big break that turned Jefferson into an international star, however, did not come until 1865. From then on, Jefferson was associated with the character he portrayed, a character that is as familiar to children now as it was to American and London audiences then.

In 1859, Jefferson starred in a stage production of Washington Irving’s Rip Van Winkle, the story of a man who falls into a magical 20-year sleep and wakes to find he has slumbered through the Revolutionary War. Although the play was fairly successful, Jefferson thought it could be better. He hired a writer to create another version of the play, and in 1865, Jefferson played Rip Van Winkle before London audiences for 170 nights in a row. One year later, Jefferson returned to the United States. Americans loved his portrayal of Rip Van Winkle so much that Jefferson never created another role for himself.

Joseph Jefferson remained one of the most popular comic actors in America through the end of the 19th century. What wonderful career do you feel destined to pursue?