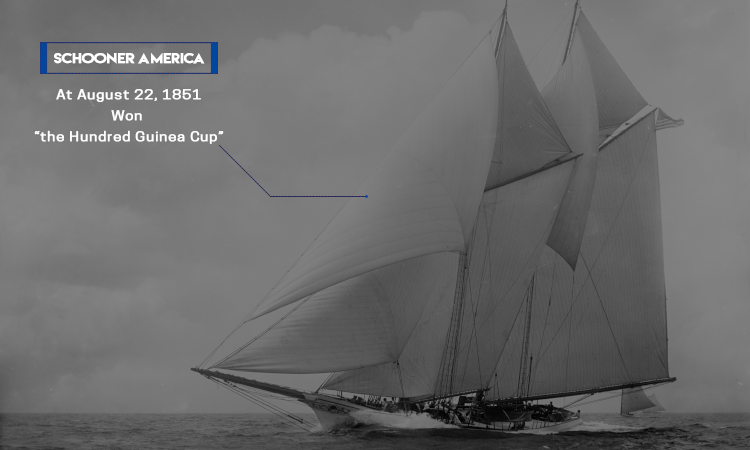 In August 22, 1851, the low black schooner (2-masted sailboat) America sailed around the Isle of Wight in a race to win a silver ewer (pitcher) from the Royal Yacht Squadron. Beating 14 other yachts to the finish, America won the contest.

At first, America’s crew considered melting down their prize, valued at A￡100 (100 English pounds), to make commemorative medals of their victory. What they did with the trophy instead laid the foundation for what has become the longest contested trophy in international sport. Do you know the name of the sailing race?

The crew donated their trophy to the New York Yacht Club, under the condition that the cup “be preserved as a perpetual Challenge Cup for friendly competition between foreign countries,” and the America’s Cup race was born.
From 1870, the next time the race was held, until 1980, American yachts won the America’s Cup race 24 times without a loss (the race is held irregularly). The Australian yacht Australia II finally took the cup when it won the race in 1983. Although Americans regained the cup in the next race (in 1987), non-American challengers have won the cup three times since 1983. New Zealand just became the first non-American club to successfully defend the Cup with its victory in America’s Cup 2000. Could you be one of the future sailors to win the America’s Cup for the United States?