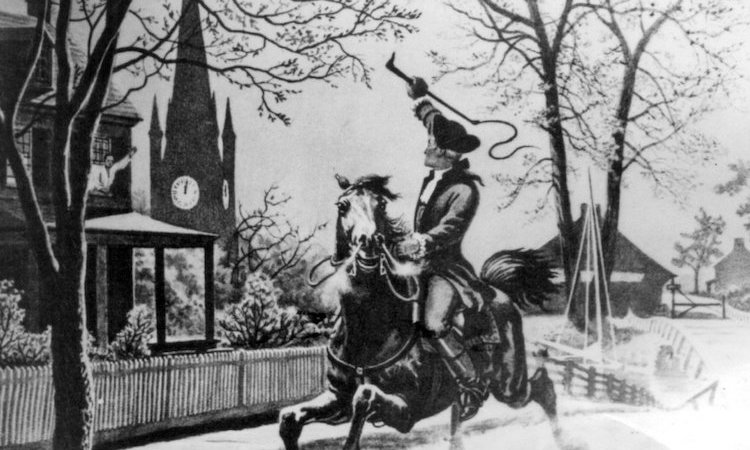 One if by land, two if by sea;
And I on the opposite shore will be,
Ready to ride and spread the alarm
Through every Middlesex, village and farm,
For the country folk to be up and to arm.

After looking for the signal (one lantern if the regulars – the term used for invading British soldiers – were coming by land, or two if they were coming by sea) in the Christ Church steeple, Paul Revere and other Americans rode through the dark of the night on the eve of April 19,1775, to warn the country folk of the danger to come.

By using a system of signals and word-of-mouth communication (the telephone hadn’t been invented yet), news that the regulars had arrived spread quickly. At Lexington Green, the regulars were met by approximately 77 American minutemen (named “minutemen” because they could be ready for battle in a minute), and, at Concord, the regulars were forced to march back to Boston with the Americans firing on them all the way. This was the beginning of the American Revolution