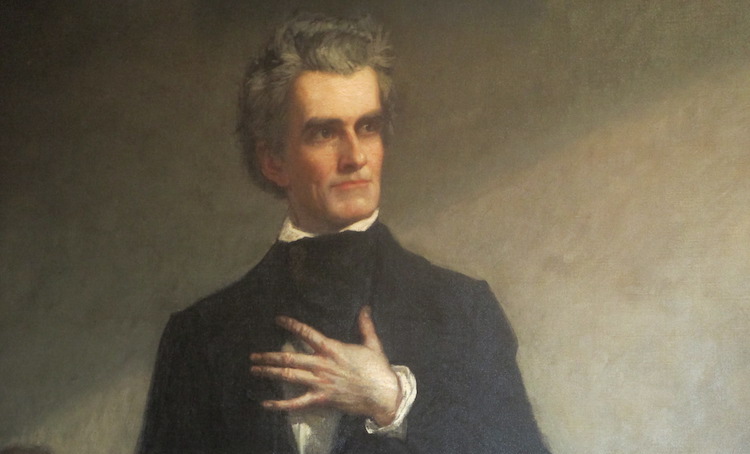 As you get older and look back on the past, you’ll be able to list all kinds of significant experiences and jobs in your life. John C. Calhoun, born March 18, 1782, near Abbeville, South Carolina, looked back on a life of many important political jobs. He was a congressman, senator, secretary of war, secretary of state and vice president of the United States. He was also known for having an explosive temper. It wasn’t unusual for him to become enraged when defending what he believed in.

Calhoun believed in the South’s right to continue slavery. He fought to preserve slavery all his life, even as an old man at the very end of his career as a senator from South Carolina. He opposed the Compromise of 1850 because it limited slavery as the country expanded westward. For a gathering of Congress, Calhoun wrote a 42-page speech against the Compromise. At 68 years old, a dying man, ghost-like and bony, he walked into the meeting still prepared to fight.

Too ill to read the speech himself, he asked another senator, James Murray Mason of Virginia, to read it. In Calhoun’s usual tone, it accused the North of aggression and shunned compromise. He proposed that the North and South should part in peace as two separate nations if they could not settle their differences. But Congress voted for compromise. Calhoun died shortly after, in 1850, ending a full and very focused political life. Have you ever known someone with a temperament like John Calhoun’s? Would ideas that you strongly believe in make you fight this way?