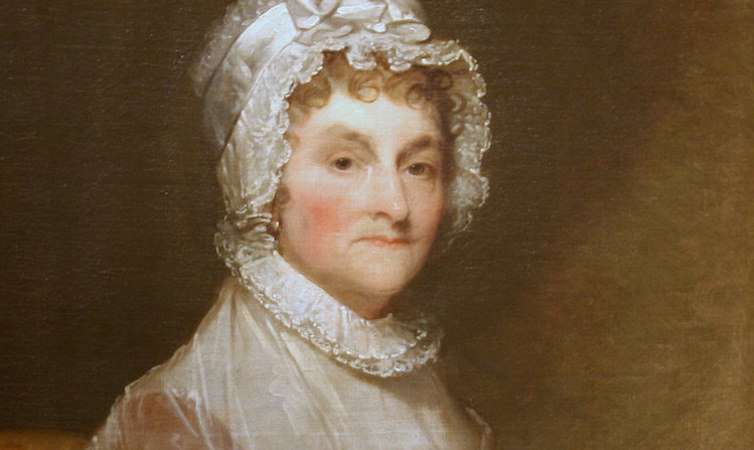 Abigail Smith married John Adams, a young lawyer, on October 25, 1764, starting an eventful 54-year partnership. Through the years, the Adamses moved from colonial Boston, where they experienced the American Revolution, to London and Paris, where they acted as diplomats, to the White House in Washington, D.C., where they were its first residents.

Abigail Adams kept track of these events, and many others that formed our nation in the letters she wrote to John. She and her husband corresponded with each other regularly while he attended the Continental Congress and Constitutional Convention in Philadelphia between 1774 and 1783, and again from 1789 to 1800. They also exchanged letters when she traveled between the family home in Quincy, Massachusetts, and Philadelphia, Pennsylvania, where John Adams was serving as the nation’s first vice president before becoming its second president in 1797.

After his presidential term, the couple retired to their family home, where they spent the next 17 years. But that was not the last of the Adams family in the White House. John and Abigail’s son, John Quincy Adams, became the sixth president of the United States. Do you know of any other presidents whose relatives also became president?