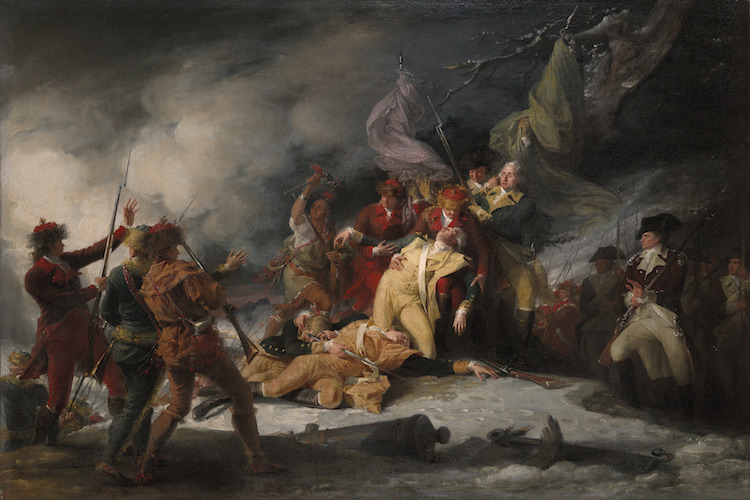 Have Canada and the United States ever been at war with each other? While the two nations never engaged in formal war as independent countries, America did try to conquer its neighbor to the north when Canada was a colony of England. America’s attempts to invade Canada were never successful, and at least three of the officers who led assaults on Canada ended up court-martialed, dead, or exiled.

On November 13, 1775, General Richard Montgomery led American troops in the capture of Montreal. In the autumn of that same year, General George Washington ordered Benedict Arnold to capture the Canadian city of Quebec. Their presence in Canada, however, was not long lasting.

To reach Canada, Arnold led his 700 men through the harsh Maine wilderness. After joining forces with Montgomery, the Americans attacked Quebec. Montgomery was killed during their attempt to capture the city. Arnold, severely wounded, retreated to Fort Ticonderoga in New York. Although Arnold was a loyal American officer in 1775, four years later he was branded a traitor for assisting the British.

During the War of 1812 with Britain, the United States once again invaded Canada. Led by General William Hull, the assault was immediately deflected. Hull was court-martialed and sentenced to death for cowardice, though he was later pardoned. Fighting with the British in Canada continued throughout the war, but in the end, Canada and the United States became peaceful neighbors.