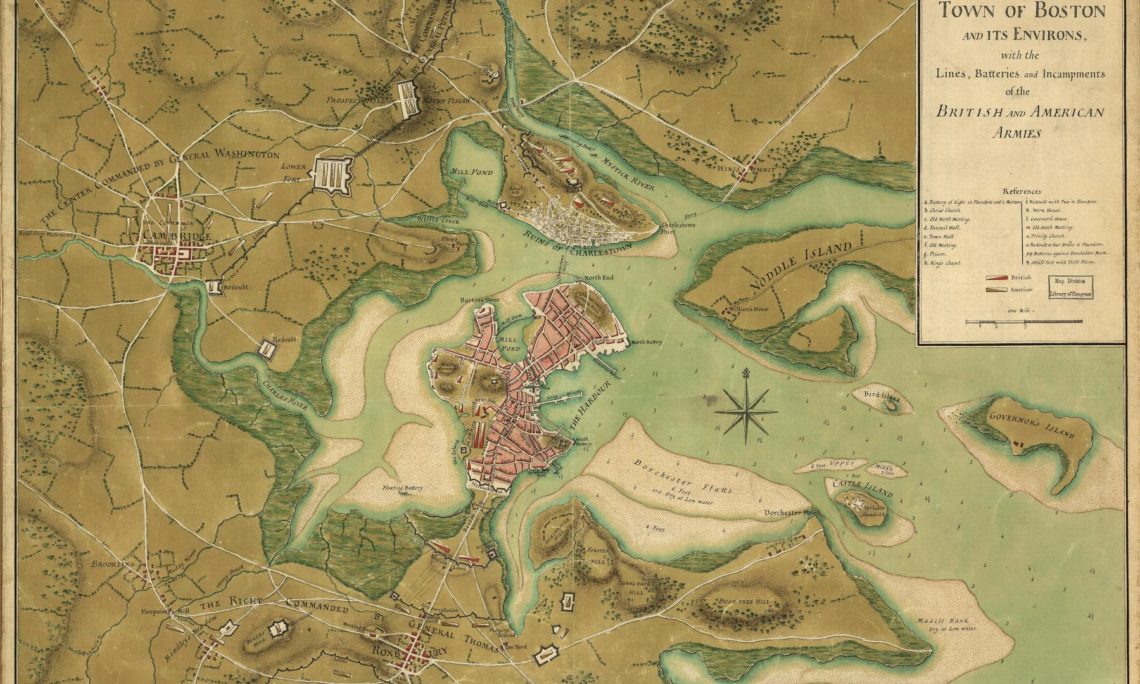 June 16, 1775
Fortifications Built During the Siege of Boston

On June 16, 1775, during the Siege of Boston, the Second Continental Congress authorized the building of fortifications. Fortifications were raised by building mounds of dirt and fences, and they were reinforced with vegetation and brush. Colonists were able to fire at the British from behind these fortifications. The engineers responsible for building them proved so valuable to the Revolutionary forces that, four years later, Congress formed the “corps of engineers.” The engineers enjoyed the same rights, honors, and privileges as other troops but were in charge of all kinds of construction projects, and they still are. What else do you suppose they have built?

The Army Corps of Engineers helped build some of Washington’s earliest public buildings. They later directed the construction of the Washington Monument, Lincoln Memorial, Arlington National Cemetery, and the Library of Congress, among other sites. Along with the Work Projects Administration (WPA) during the Great Depression, the Corps planned, constructed, and maintained a vast flood control network along the Mississippi River. The engineers created dams and locks that made the Mississippi even more navigable by ships. And there’s more.

In World War II, the Corps of Engineers worked in Europe and the Asian-Pacific Islands as well as at home. In 1942, they created the Alaska Highway, originally a military supply route. On D-Day, when Allied forces invaded France, the Corps cleared a path and laid a road on Omaha Beach for the attack. Today, the Corps provides one of the nation’s largest supplies of hydroelectric power, cleans up hazardous waste products, and continues construction of buildings and other public projects around the world.