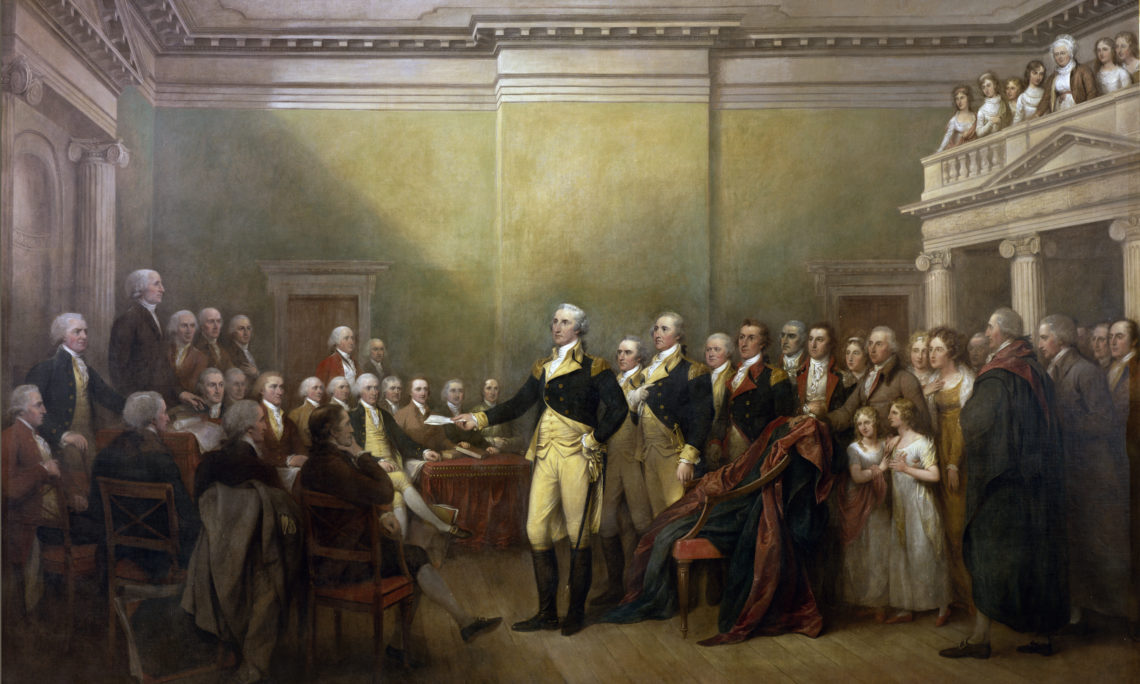 It was an emotional day for George Washington, when he said a final farewell to his officers. Three months earlier, on September 3, 1783, the British had recognized American independence with the signing of the Treaty of Paris. As commander in chief of the army, Washington had seen his troops through countless battles, the deaths of friends and comrades, and months of near starvation and freezing weather. After the British ships left New York Harbor on December 4, Washington set out for the Maryland State House in Annapolis, where the Continental Congress was meeting.

As Washington rode to Maryland, well wishers flocked to congratulate and thank him for his role in the nation’s military victory over Great Britain. On December 23, 1783, George Washington entered the senate chamber of the Maryland State House and officially resigned his commission as commander in chief of the Continental Army. What was next for the hero of the new nation? He went home.

Washington set out at dawn for Mount Vernon, his plantation on the Potomac River in Virginia. He arrived home before nightfall on Christmas Eve, a private citizen for the first time in almost nine years. Six years later, Washington was back in “service” as the president of the United States.