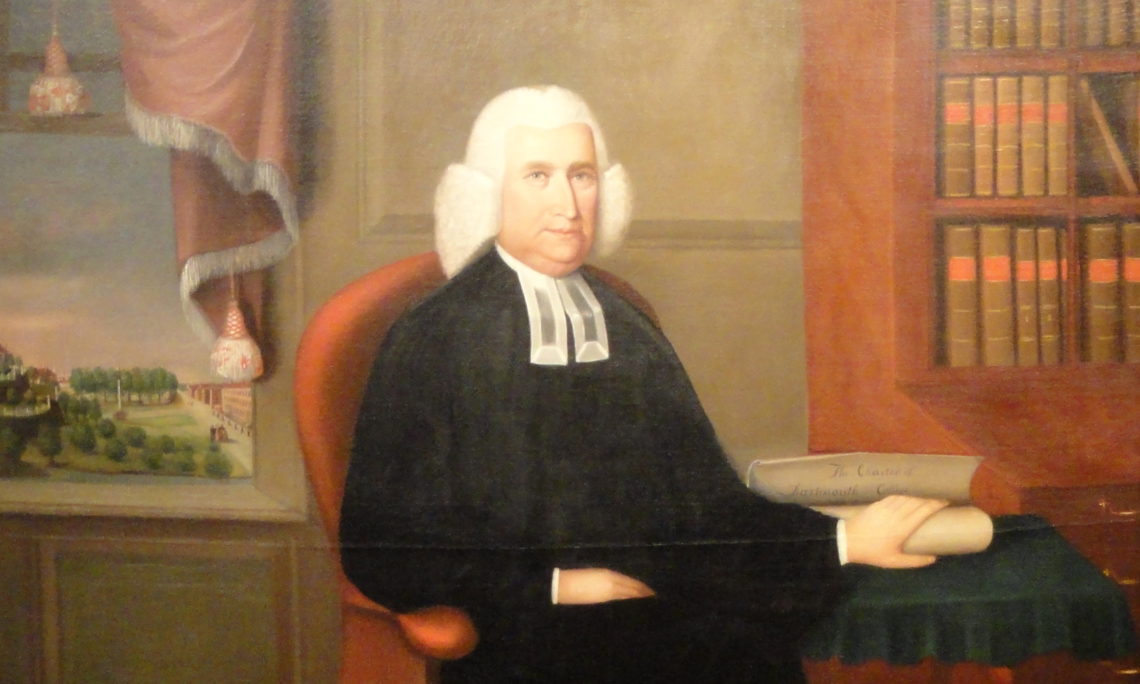 The “Big Green,” Dartmouth College, is one of the most prestigious universities in the U.S., but it started out in a log hut. A minister, Reverend Eleazar Wheelock, founded this college with a royal charter on December 13, 1769. Since 1754, Wheelock had been trying to sustain a Charity School for Native Americans. Moving to the province of New Hampshire, he succeeded with the help of Royal Governor Thomas Wentworth in obtaining the charter for a college. It would provide “education and instruction of Youth and of the Indian Tribes in this Land . . . and also of English Youth and any others.”

The college, the ninth oldest in the United States, was situated on land provided by Royal Governor Wentworth, and was named in honor of William Legge, the Earl of Dartmouth, a friend of Wentworth’s and an important financial backer. Dartmouth’s first class met in a single log hut in Hanover, New Hampshire, in 1770 with just four students attending. The college grew and prospered. In 1815, Dartmouth became the stage for a constitutional drama that had far-reaching effects. Claiming its 1769 charter invalid, the New Hampshire legislature established a separate governing body for the College and changed its name to Dartmouth University. The trustees took the case to the U.S. Supreme Court.

Lawyer and later Secretary of State Daniel Webster (a Dartmouth graduate, class of 1801) argued that the original charter was still valid, and Dartmouth should be allowed to continue as a private institution free of interference from the state. Justice Marshall and the Supreme Court agreed. The Dartmouth College case paved the way for other private American institutions of higher learning.

Dartmouth today is still a small private college, coed since 1972, with about 4,300 undergraduates and 1,200 graduate students representing every state and 40 nations. Theodor “Dr. Seuss” Geisel (class of 1925) is among notable Dartmouth graduates. The motto of “Big Green” is vox clamantis in deserto, which means “a voice crying in the wilderness”–an apt saying, remembering its beginnings in a small log hut.