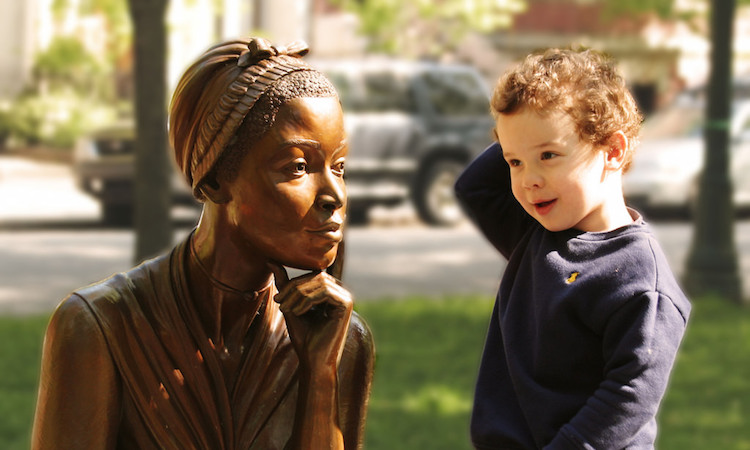 From Slavery to Poetry

Phillis Wheatley was only seven or eight years old when she was captured and taken from her home in West Africa. A slave ship brought her to Boston in 1761. Knowing nothing of the talents she would soon show the world, John Wheatley, a prosperous tailor, and his wife, Susanna, purchased the young girl directly from the ship and named her Phillis Wheatley.

Wheatley grew up to be a poet. Her collection, Poems on Various Subjects, Religious and Moral, was published on September 1, 1773. How did she become the first African American writer to publish a book of poetry, when most slaves were forbidden to learn to read and write?

One day, the Wheatleys saw Phillis writing on a wall with chalk. Rather than punish her, the Wheatleys encouraged her to learn. Their daughter tutored her in reading and writing. Wheatley also studied English literature, Latin, and the Bible, but what she did best was to write poetry. Her first poem was published in the Newport Mercury newspaper in 1767.

Six years later, in the service of the Wheatley family, Phillis Wheatley sailed to London where she hoped to meet Selina Hasting, the Countess of Huntingdon. While they were not able to meet in person, the Countess helped Wheatley publish a volume of her poetry in 1773. Wheatley had another surprise waiting for her back in America.

Soon after she returned home, Wheatley was given her freedom. As a free woman, she published both an antislavery letter and a poem to George Washington, whom she had met. Washington wrote to Wheatley, thanking her and praising her “great poetical Talents.”

Phillis Wheatley married John Peters, a free black man, in 1778 and published three more poems. Her husband, however, was not as successful in business. Wheatley became a servant later on in her life, and when she died, she was very poor. Although she died poor, she died a free woman.