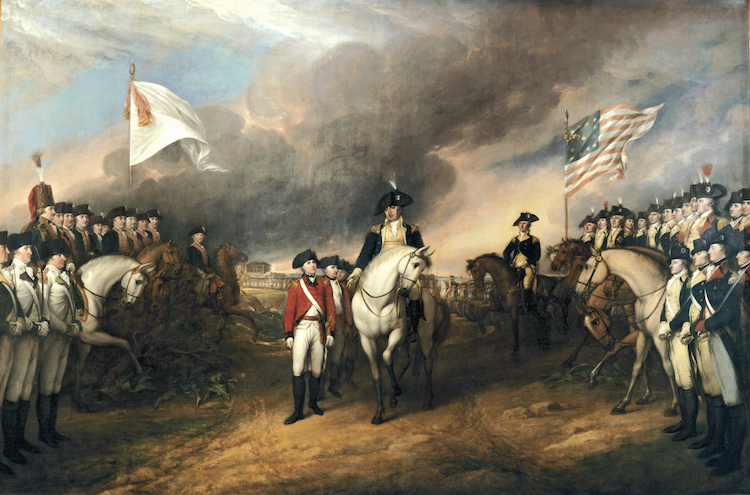 October 19, 1781
The British Surrender at Yorktown

America declared its independence in 1776, but it took another five years to win freedom from the British. That day came on October 19, 1781, when the British General Charles Cornwallis surrendered his troops in Yorktown, Virginia.

General Cornwallis brought 8,000 British troops to Yorktown. They expected help from British ships sent from New York. The British ships never arrived. That was lucky for General George Washington and the Continental army. The thirteen colonies found their opportunity to beat the world’s largest empire.

Rochambeau and Washington gathered an army of 17,000 soldiers to take Yorktown back from the British in early October. The army continued a siege on Yorktown. They surrounded the town. The siege cut off supplies. After awhile, the British ran out of food and ammunition. They could not continue fighting.

Surrounded by French and American troops, General Cornwallis had no choice but to surrender. The two sides signed the formal agreement of the British surrender on October 19. This meant the end of the fighting and the beginning of American independence.

According to one legend, when General Cornwallis and his British troops marched out of Yorktown, they played a tune called “The World Turned Upside Down.” Can you think of other times in history where the underdog turned things “upside down”?