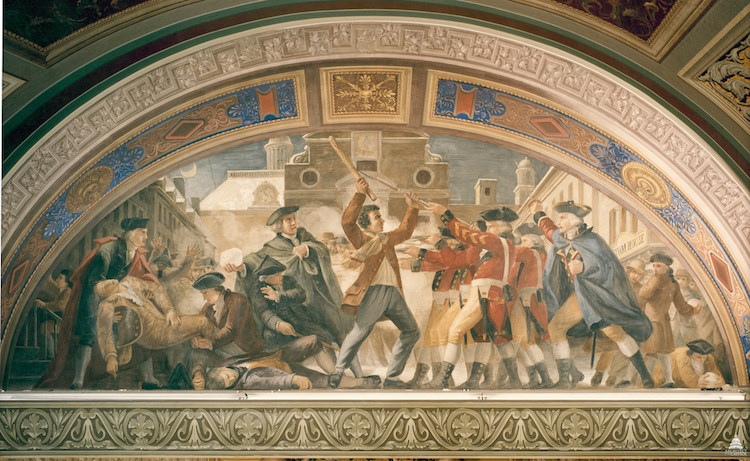 Tensions between the American colonists and the British were already running high in the early spring of 1770. Late in the afternoon, on March 5, a crowd of jeering Bostonians slinging snowballs gathered around a small group of British soldiers guarding the Boston Customs House. The soldiers became enraged after one of them had been hit, and they fired into the crowd, even though they were under orders not to fire. Five colonists were shot and killed.

The first person who was hit when the British soldiers began firing was an African American sailor named Crispus Attucks. Although not much is known about his past, it’s likely that Attucks escaped slavery around 1750 and worked on whaling ships for the next 20 years. Of the five civilians who died in the Boston Massacre, Attucks is the only one who became widely known, and he became the first hero of the American Revolution.

Conflicts between the British and the colonists had been on the rise because the British government had been trying to increase control over the colonies and raise taxes at the same time. The event in Boston helped to unite the colonies against Britain. What started as a minor fight became a turning point in the beginnings of the American Revolution. The Boston Massacre helped spark the colonists’ desire for American independence, while the dead rioters became martyrs for liberty. Can you think of other major events in history that began with a small incident?