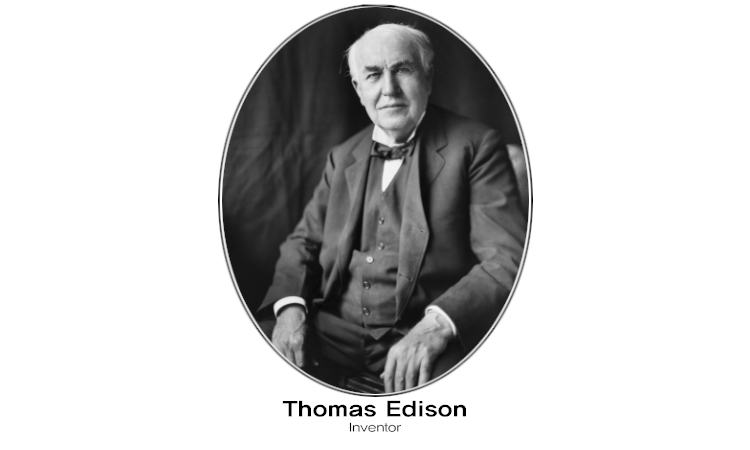 The next time you listen to a favorite album, you can thank Thomas Edison for discovering the secret to recording sound. Before there were CD players and tape decks, there was the phonograph. August 12, 1877 is the date popularly given for Thomas Edison’s completion of the model for the first phonograph.

Edison was trying to improve the telegraph transmitter when he noticed that the movement of the paper tape through the machine produced a noise resembling spoken words when played at a high speed. Experimenting with a stylus (hard-pointed instrument like a large needle) on a tinfoil cylinder, Edison spoke into the machine. Do you know the first words ever recorded?

To Edison’s surprise, the cylinder recorded his message, “Mary had a little lamb.” People had a hard time believing his discovery at first, but soon doubt turned into awe as Edison became known as “The Wizard of Menlo Park,” after the name of the city in New Jersey where he did his work. By 1915, sound recording was rapidly becoming an American industry.

As a young boy growing up in the late 19th century, Harry Reece remembered the invention of the phonograph as one in a series of technological marvels: “Electric lights were something to marvel at . . . the old Edison phonograph with its wax cylinder records and earphones was positively ghostly . . .” Here you can listen to one of the early musical recordings.