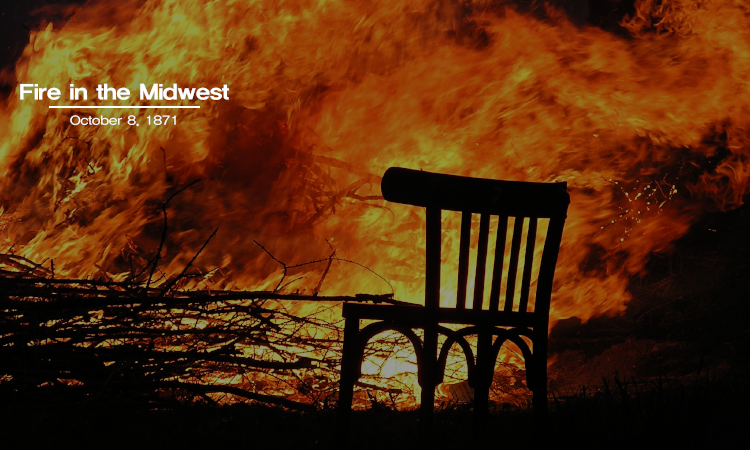 Fire in the Midwest

Sitting in front of a fireplace or around a campfire can be a lot of fun, but when a fire grows out of control, it becomes a frightening event. Today, with smoke alarms, fire hydrants and well-funded fire departments, most city fires can be stopped within hours. However, when conditions are right, a fire can burn for days, destroying everything in its path.
On Sunday, October 8, 1871, conditions in the Midwest were exactly right to create a devastating fire. The long dry summer had carried into October, and the winds were strong.

A deadly fire spread that night through the states of Michigan and Wisconsin. Vast tracts of forest burned for a week. When the wind increased and shifted direction, fire fighters were unable to control the flames any longer.

Many of the towns in the Midwest were built from the surrounding woods. Within hours, several cities and towns, including Peshtigo, Holland, Manistee and Port Huron burned to the ground. At least 1,200 people died as a result of the fire. Nearly half the fatalities occurred in Peshtigo, Wisconsin. That same night, the Great Chicago Fire erupted in nearby Illinois.

What are some precautions you have been taught that prevent fires?