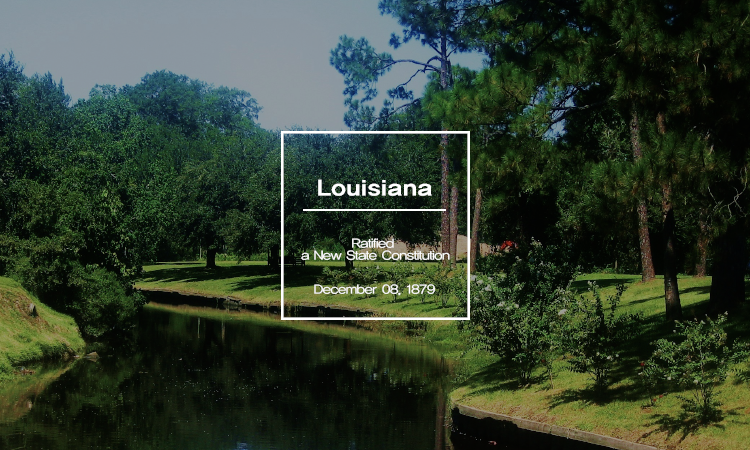 In an effort to respond to the demands of diversity as well as to the events of the Civil War and Reconstruction, Louisianans revised and passed new constitutions 10 times between 1812 and 1921. On December 8, 1879, Louisiana ratified a new state constitution, and at the same time, moved the state capitol from New Orleans to Baton Rouge.

Louisiana has a rich history with many different cultures playing a part. Do you know who some of those people were?

Before Europeans settled in Louisiana, Native Americans had lived there for 16,000 years. Although the Spanish were the first Europeans to discover Louisiana, the French were the first to colonize the territory. French Canadians from the colony of Acadia sought refuge in Louisiana during the 1750s and 1760s after being driven out of Canada by the British. The Acadians’ descendants, the “Cajuns,” culturally dominate much of southern Louisiana. Today, New Orleans is a “melting pot” of French, Spanish, and African cultures, and hosts the colorful Mardi Gras festival each year.

Situated on the banks of the Mississippi River, New Orleans, often referred to as the Creole city, has been a center for American creativity. The birthplace of jazz, New Orleans has produced famed musical artists, including Jelly Roll Morton, Louis Armstrong, and Mahalia Jackson. The New Orleans Jazz Festival is an annual event, drawing musicians and tourists from all over the world. Writer Truman Capote was born in New Orleans, and the city is also the setting for Tennessee Williams’s famous play, A Streetcar Named Desire.