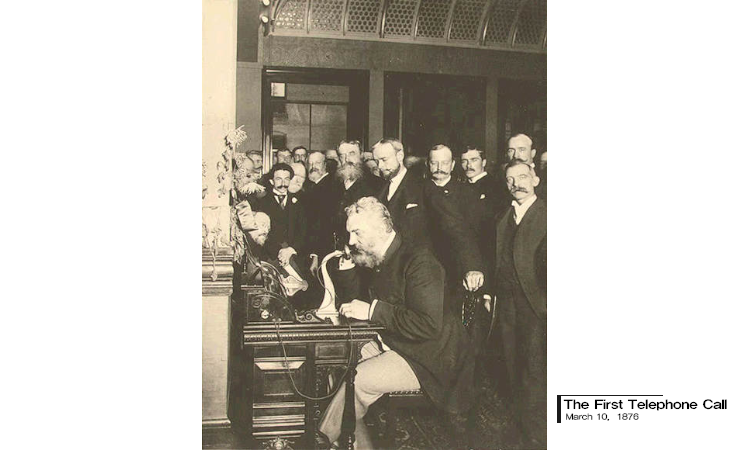 What were the first words ever spoken on the telephone? They were spoken by Alexander Graham Bell, inventor of the telephone, when he made the first call on March 10, 1876, to his assistant, Thomas Watson: “Mr. Watson–come here–I want to see you.” What would you have said?

Born in 1847 in Edinburgh, Scotland, Bell became an expert in sound and public speaking. His understanding of sound helped him to teach the deaf and then invent the telephone.

Bell was a man of vision. After the telephone’s success, he wrote to his father about a future when “friends converse with each other without leaving home.” How often do you talk with your friends on the phone? Can you imagine how life would be different without it?

Inspired by his scientific curiosity, Bell went on to create other new inventions, including the photophone in 1880. This first wireless telephone transmitted sound on a beam of light instead of electrical wires. It is the forefather of the cordless phone and 80% of today’s telephone systems that use fiber optics.

Bell’s first telephone call was so famous, he repeated the phrase in 1915 in the formal opening of the completed transcontinental telephone lines connecting America’s East and West coasts. Picking up the phone in New York, Mr. Bell said, “Mr. Watson, come here, I want you.” But this time Watson replied that it would take him a week; he was on the other end of the line in San Francisco.