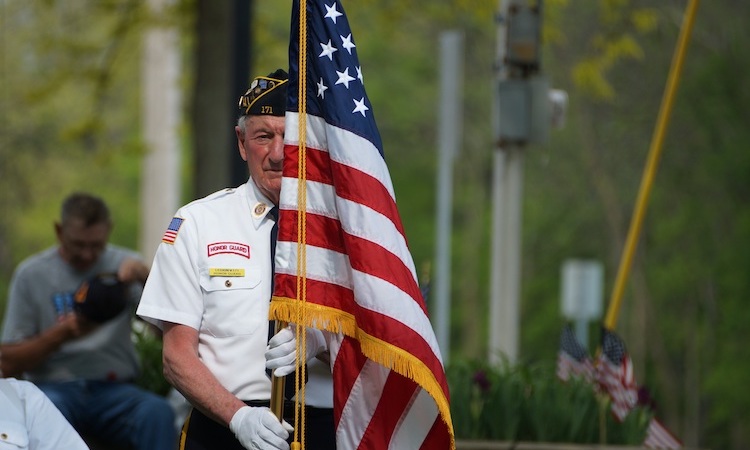 Do you celebrate Memorial Day? In 1868, Commander in Chief John A. Logan of the grand Army of the Republic issued what was called General Order Number 11, designating May 30 as a memorial day. He declared it to be “for the purpose of strewing with flowers or otherwise decorating the graves of comrades who died in defense of their country during the late rebellion, and whose bodies now lie in almost every city, village, and hamlet churchyard in the land.” Where do you suppose that first Memorial Day took place?

The first national celebration of Memorial Day (originally Decoration Day) took place May 30, 1868, at Arlington National Cemetery. The national observance of Memorial Day still takes place there today, with the placing of a wreath on the Tomb of the Unknown Soldier and the decoration of each grave with a small American flag. The holiday has changed a bit since it first began, which some argue was even earlier than Logan’s dedication.

Southern women decorated the graves of soldiers even before the end of the Civil War. After the war, a women’s memorial association in Columbus, Mississippi, put flowers on the graves of both Confederate and Union soldiers in 1866, an act of generosity that inspired the poem by Francis Miles Finch, “The Blue and the Grey,” published in the Atlantic Monthly. In 1971, federal law changed the observance of the holiday to the last Monday in May and extended it to honor all those who died in American wars. People pay tribute not only with flowers but also with speeches and parades. Whom do you honor on Memorial Day?