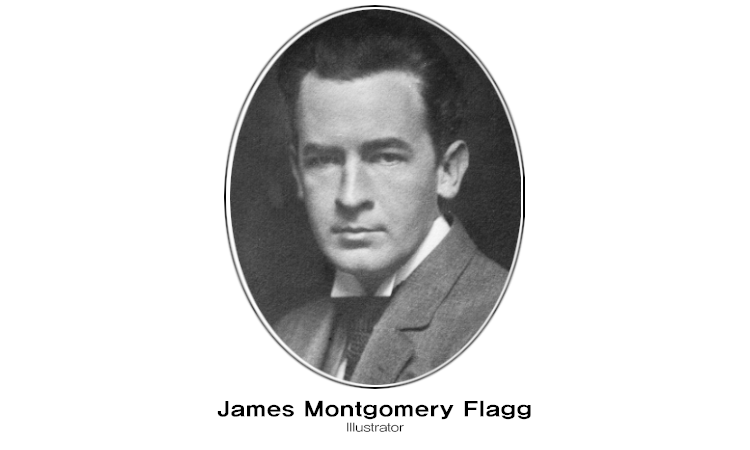 Chances are, you’ve seen this poster before. Its creator was illustrator James Montgomery Flagg, who was born on June 18, 1877, in Pelham Manor, New York. He claimed it was at one time the most famous poster in the world. Certainly this image of a pointing Uncle Sam has become an American icon. Though he is best known for his commercial art, Flagg created 46 works in support of the war effort during World War I. This image first appeared on the cover of a magazine called Leslie’s Weekly with the title, “What Are You Doing for Preparedness?”

More than 4 million copies of the poster were printed between 1917 and 1918. The image was also used extensively in World War II. You may have seen it with the caption, “I Want You for U.S. Army,” used for recruiting soldiers. Did you know there really was an Uncle Sam? In 1961, Congress recognized meat packer Samuel Wilson (1766-1854), who supplied meat to the Army during the War of 1812, as Uncle Sam’s namesake. People said Wilson was fair, reliable, honest, and devoted to his country.