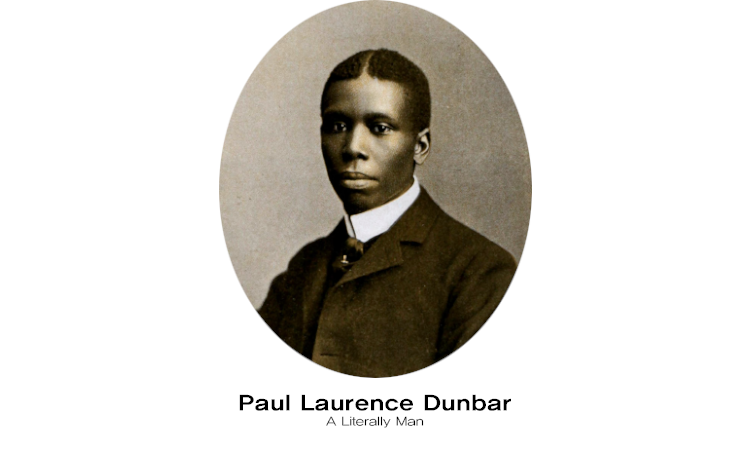 We wear the mask that grins and lies,
It hides our cheeks and shades our eyes
Paul Laurence Dunbar

Do you like writing stories or poetry? If you enjoy writing at all, you and Paul Laurence Dunbar have something in common. Dunbar was born on June 27, 1872, in Dayton, Ohio, and was the child of former slaves. He grew up to be an internationally acclaimed poet, short story writer, novelist, dramatist, and lyricist. By the turn of the century, Dunbar was the most famous black writer in America.

When Dunbar was young, his mother told him stories of the South. Then, later on in life, Dunbar wrote his own stories about African Americans in the South. One of his best friends was his classmate Orville Wright. (Orville and his brother Wilbur invented the airplane.) The two friends published a newspaper called The Dayton Tattler. Unfortunately, their money ran out after just three issues, but Dunbar did not give up writing. In 1893, while working as an elevator operator, Dunbar published his first book of poetry, Oak and Ivy.

After two more of Dunbar’s books were published, his poetry became very popular. Dunbar read his poems to audiences in the United States and in England. When he returned from England, Dunbar took a job as an assistant librarian at the Library of Congress.

Have you ever tried to write a song? In 1902, Booker T. Washington commissioned Dunbar to write the school song for the Tuskegee Institute. However, Washington was not pleased with Dunbar’s “Tuskegee Song.” Dunbar wrote back to Washington this letter to defend his work.

Dunbar published 22 books and many poems before his death in 1906. He was just 33 years old when he died. What would you like to write a story or poem about?