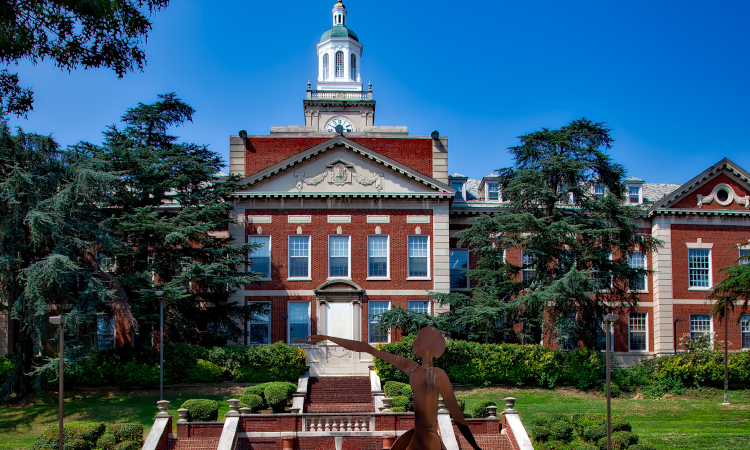 On November 20, 1866, 10 members of the First Congregational Society of Washington, D.C., gathered for a missionary meeting. That evening, they decided to establish a seminary for the training of African American preachers. By early 1867, the founders had broadened their mission to include a liberal arts college and university. They decided to name the university for Major General Oliver O. Howard, a Civil War hero and Commissioner of the Freedmen’s Bureau, a U.S. government agency established in 1865 to aid freed blacks. Howard was also one of the early founders of the institution in Washington.

The first students entered Howard University in May 1867. General Howard, who was Commissioner of the Freedmen’s Bureau from 1865 until 1872, directed considerable resources to the university, including the original 3-acre campus, the Main Building, and the Old Medical School. Before the Freedmen’s Bureau was dissolved in 1872, it had helped in the building of 45 hospitals and the education of approximately 150,000 former slaves.